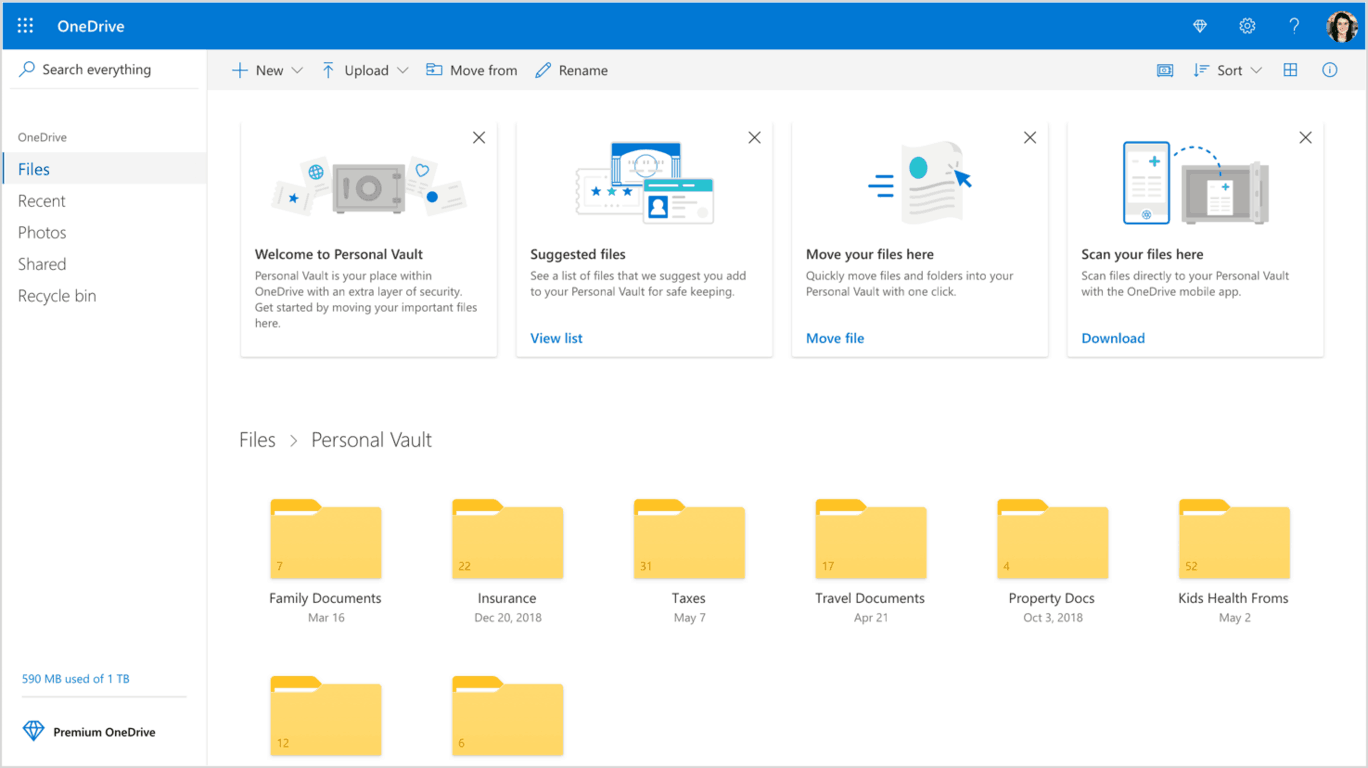 OneDrive Personal Vault, the new security feature that Microsoft announced back in June is now generally available. As you may have noticed, the feature actually started rolling out gradually to OneDrive consumer accounts earlier this month, and it should be a useful tool if you use Microsoft’s cloud storage service to store sensitive information.

OneDrive Personal Vault works as a special folder in OneDrive that will lock files with a PIN, biometric authentication (including Touch ID on iOS), or an SMS or email. On Windows 10 PCs, the OneDrive client also automatically syncs Personal Vault files to a BitLocker-encrypted area on your hard drive.

You’ll need an Office 365 account to use OneDrive Personal Vault without any restrictions (except your storage limit), as consumers using OneDrive’s free or standalone 100 GB plan will only be able to store up to three files in this protected folder. OneDrive Personal Vault will have its own unique vault icon in your OneDrive folder, so you shouldn't miss it when it reaches your account.

Microsoft also highlighted today the availability of additional storage plans, dark mode support for the OneDrive app on iOS 13, as well as PC Folder backup. For those unfamiliar, the latter lets you to automatically back up files in your Desktop, Documents, or Pictures folders to OneDrive, and it’s available in the OneDrive client for Windows 7, 8, and 10.