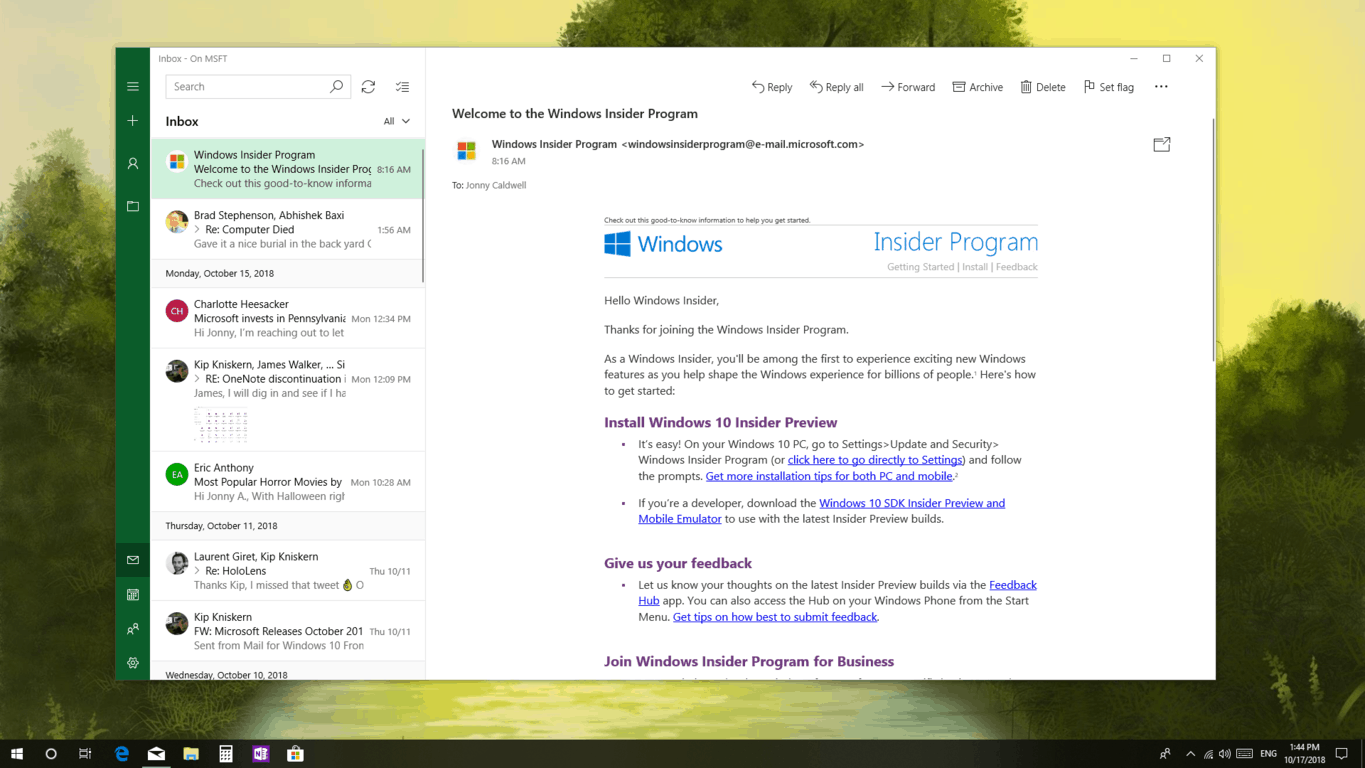 Microsoft has released its report on Office 365’s phishing miss rate. According to their own statistics, the company has blocked approximately 5 billion phishing attempts on Office 365. This is though the analyzation of more than 400 billion emails the company says it scans each month.

The Redmond giant admitted in their blog post that when comparing their email account service with others, the company’s blocking of phishing emails wasn't close to the high of other major email vendors during last year.

This led to the company to hire thousands of security experts and to put in an annual $1 billion budget for cybersecurity protection. Enhancements include the detection of domain spoofing and display name impersonation as well blocking of links the service considers to be unsafe. The company really goes in depth in their post.

After a few months of improvement, the tech giant’s new statistics show that their security enhancements really paid off, and that their phishing miss rate was much lower than that of their leading competitors (although they didn’t specify which competitors were measured). Safe Links, the company’s URL link scanning service for Outlook, has protected users against 7 billion potential malicious links in 2018 alone.

Have you noticed improvement of Outlook’s phish-blocking when subscribed to Office 365? You thoughts are welcome in the comment box below.