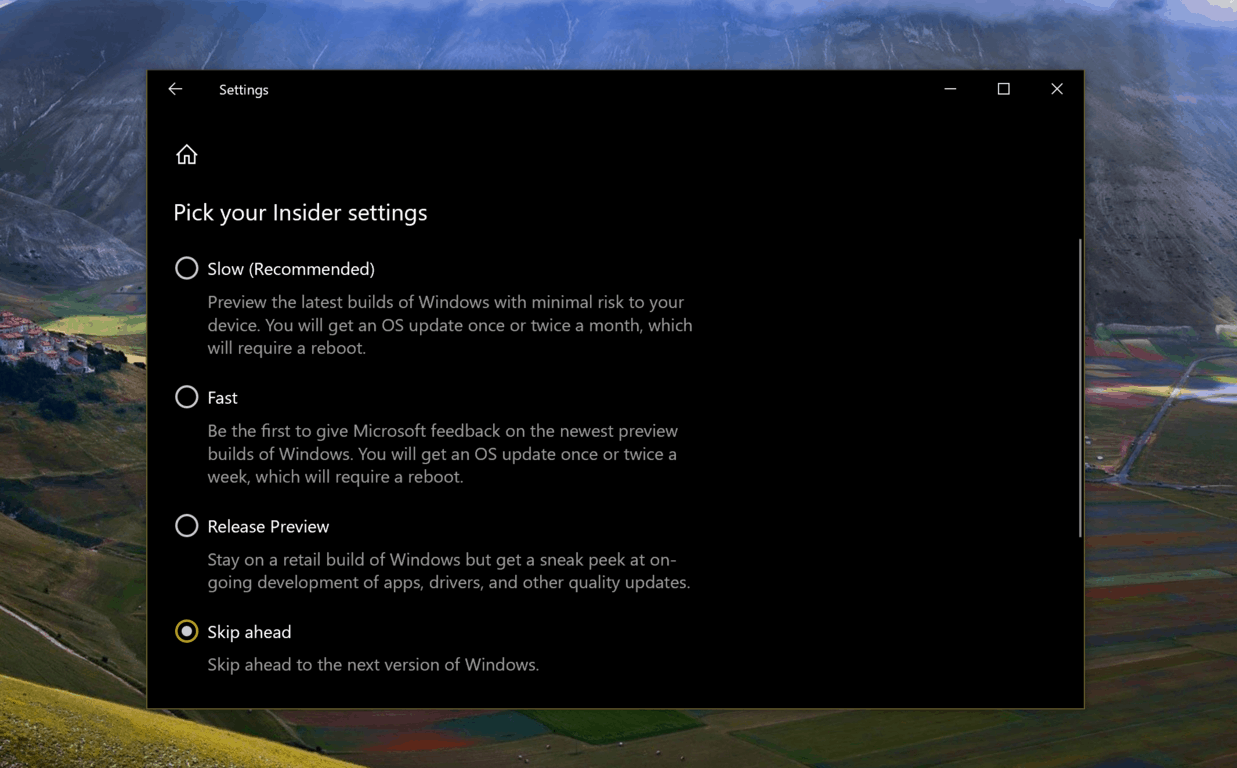 Microsoft has quietly re-opened the Skip Ahead Insider ring today, as spotted by Twitter user WZor (via MSPoweruser). If you watched the Windows Insider webcast yesterday, the team mentioned that this ring would soon welcome new insiders, but the team didn’t share an ETA at the time.

As usual, you can expect seats in the Skip Ahead ring to be limited and based on a first come, first serve basis. Anyway, this means that the release of the first 19H2 is likely imminent, so make sure that you’re ready to download builds that may well be more buggy before signing up. Joining the Skip Ahead ring can be done in the Windows Insider section of the Windows 10 Settings app, so it doesn’t seem to do anything for now (we’re not seeing any new updates for inbox apps either).

Unfortunately, the Windows Insider team has just announced that it found a bug in the latest release candidate build, so we’ll have to wait a bit longer to get some new bits to play with.

Hello Insiders! It's #BugBash week and we were hoping to release yet another release for you to preview, however we found a bug and the build we were considering won't be released. Bummer! We'll share more later in the week if we end up with a different candidate. Cheers!

There’s still hope to see a new flight before the end of the week, so stay tuned to OnMSFT if you don’t want to miss it when it’s released.

Update: Microsoft has just confirmed that Skip Ahead ring has been re-opened today, so hurry up if you want to get in before the company reaches its optimal number of testers.

Hello #WindowsInsiders, have opened up Skip Ahead again so those Insiders interested in trying out super-early builds from our dev branch. Note opt-in's are limited and once Skip Ahead is full, you will no longer be able to opt-in. pic.twitter.com/Vy1J2bqakv