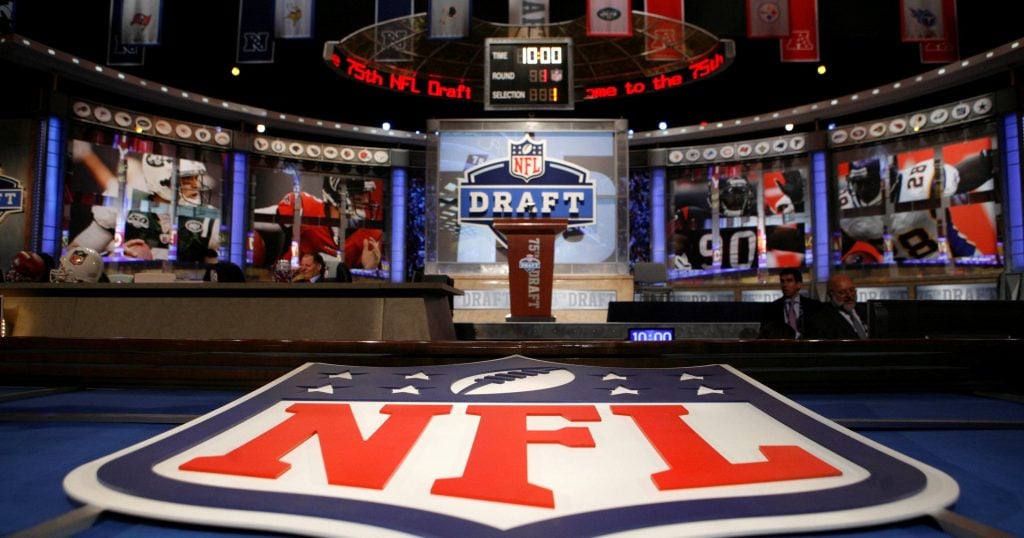 By now, it is no secret that the NFL and Microsoft have a mutually beneficial business partnership going on as evidenced by the number of Surface Pro's that are seen at the desks of commentators, sidelines and practice fields during the football season.

Despite the relative uncertainties of the National Football League's 2020 season amid the COVID-19 pandemic, it seems the league is going full steam ahead with the use of another Microsoft product for its NFL Draft for the year.

In light of social distancing recommendations issued in the US, the NFL will be making use of Microsoft Team to help facilitate a remote draft for freshman players entering the league this year.

According to Peter King of NBC Sports, teams and players will make use of Microsoft's new communications software by funneling trade decisions, player selections and conference calls all in real-time through Teams.

"Each team's designated drafter will be connected to the league's official Microsoft Teams private and encrypted draft channel, and will make the pick through that channel. There are two fail-safes: A GM can call [NFL's vice president of player personnel Ken] Fiore or a member of his team directly by landline or cell with the pick. Also, there will be a conference call for the length of the draft with club officials muted; the club official designated to make the pick can unmute his/her line and announce the pick. If the pick is made through Microsoft Teams, Fiore or his representative will announce on the conference call that a pick has been made and the next team is on the clock."

While Microsoft Teams will help facilitate a virtual draft, the degree of difficulty conducting a high stakes event like the NFL draft is not lost on the league and National Insider for the NFL Network Ian Rapoport lays out the details of a mock draft the league will commission leading up to the actual event to iron out any potential kinks.

Next week, there will be a “mock draft” of all 32 teams, which is really just a systems test. Picks will be submitted via Microsoft Teams — with several other redundancies in case of error. At worst, teams can unmute themselves on a league-wide call and simply say their pick. https://t.co/gnpsZMUueo

Microsoft Teams will do part of the heavy lifting for the league, but owners, players, and managers will need to work out how to handle rapid-fire phone calls and conference meetings amid 10-minute windows of draft selections and potential Wi-Fi issues.