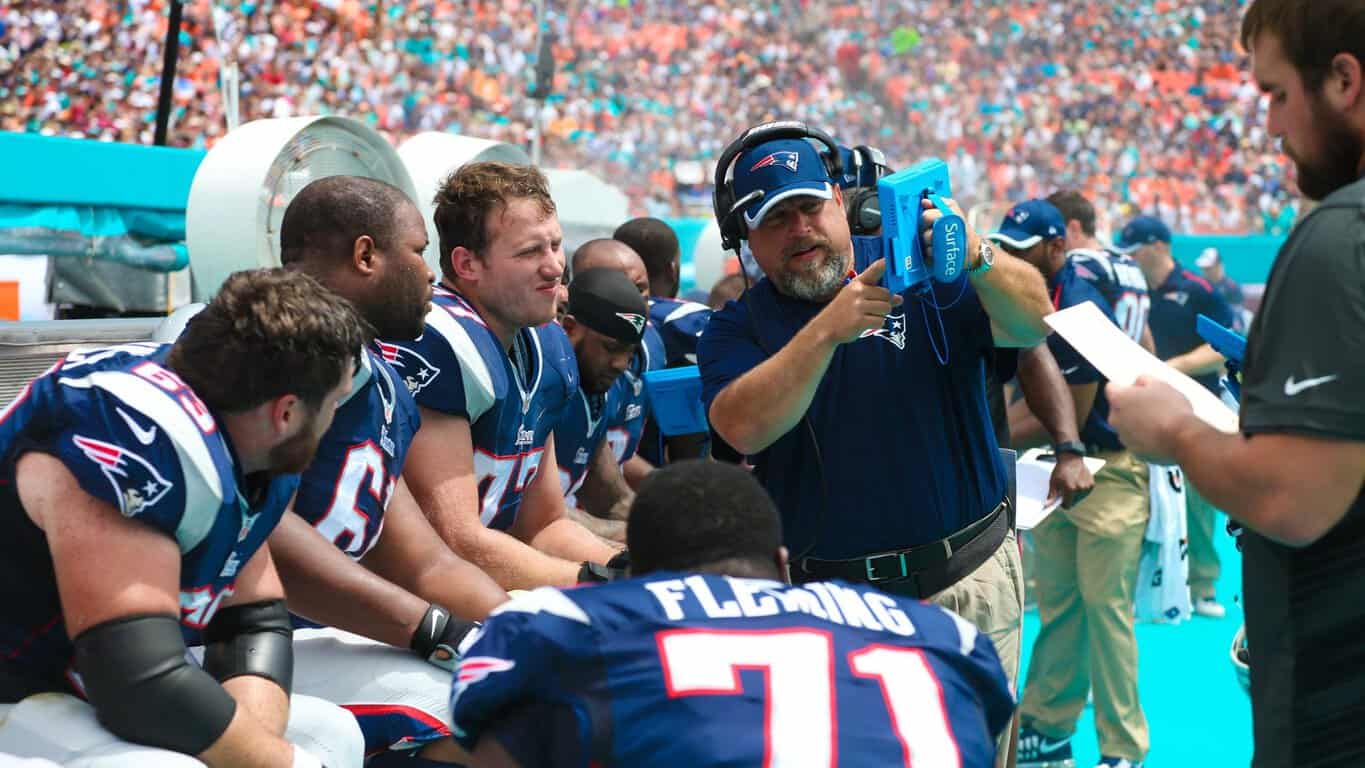 Microsoft and the NFL made a very lucrative $400 million deal to make the Surface the “official tablet of the NFL.” The edges of commercial breaks during game broadcasts plug the Microsoft tablet and the devices are used by players and coaches on the sidelines. Unfortunately, $400 million dollars doesn’t get you the advertising strength it used to. Last night during the NFL season opener between the New England Patriots and the Pittsburgh Steelers, NBC’s Al Michaels called the Surface an iPad. This is reminiscent of the same issue occurring last year with players and announcers calling them the wrong name. After receiving coaching from Microsoft it was presumably fixed but apparently is still an issue. Business Insider has a page showing off the mistake.
American football is a tremendously powerful advertising force in the United States. Companies pay top dollar for advertisements but Microsoft took it to the next level, quite literally. There is a new feature called NextGen Stats within the NFL on Windows app that gives you advanced speed and tracking information. Both the Windows 10 app and the Xbox One app have fantasy football updates, scoreboards, stats, and more. The Xbox One directly integrates with cable to play games while giving users NFL updates. Microsoft has also made extensive efforts to get their name all over the NFL.
The Surface logo and devices can be seen up and down the sidelines with their sporting custom made blue cases. Super Bowl quarterback Russell Wilson is featured in commercials and Microsoft has an entire ad campaign about the Surface catered towards NFL audiences.
This was more than Microsoft paying people to say their name or show a few ads. This was a comprehensive effort to attach the Surface name and Microsoft to the multi-billion dollar industry of the NFL. Unfortunately Microsoft is going to have to do some more coaching complete the campaign. While everyone makes mistakes, this was made on a national stage during prime time television during the season opener of the NFL. Hopefully for Microsoft's sake this is an isolated incident this season.

PlayStation 4 once again outsells the Xbox One