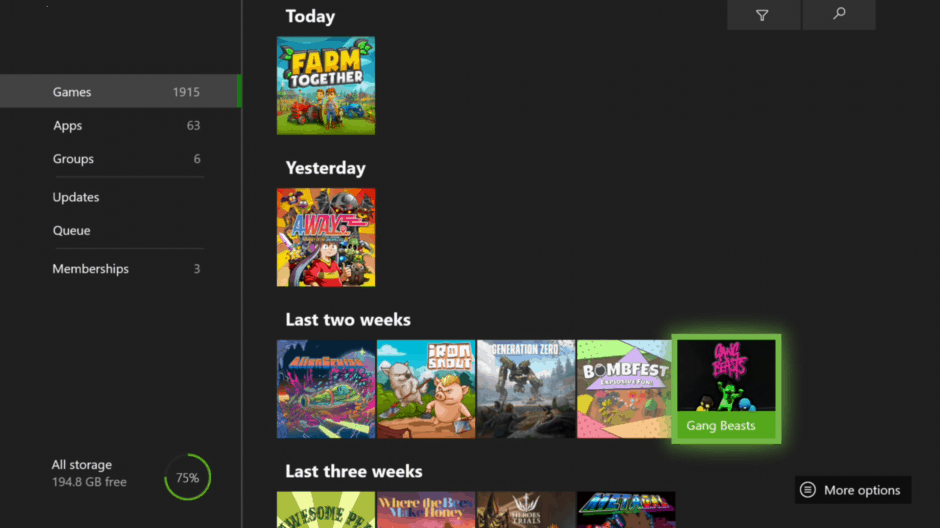 First of all, Microsoft is continuing to improve sorting options in the My Games & Apps section. In previous 1905 builds, articles such as “a,” “an” and “the” were no longer being used to sort titles when using the “Sort A-Z” and “Group by letter” views. In the new 1905 build shipping today, Microsoft is adding more options to sort games and apps by date, with more date categories for sorting by last update or last used.

The other new feature shipping in this build is Voice channels in Xbox Live Messaging. “This feature is only available in Alpha and can only be used between Alpha users,” the Xbox team explained. Lastly, the Xbox Live Friends List will now show where your contacts are playing by showing new console, PC and mobile icons next to their names.

There are other improvements coming in the Xbox One 1905 Update, including a new Message Requests feature in messaging as well as the ability to add Xbox Game Pass titles to a “Play Later” list. These features are not live yet in this build, but you can expect them to appear in a future flight.