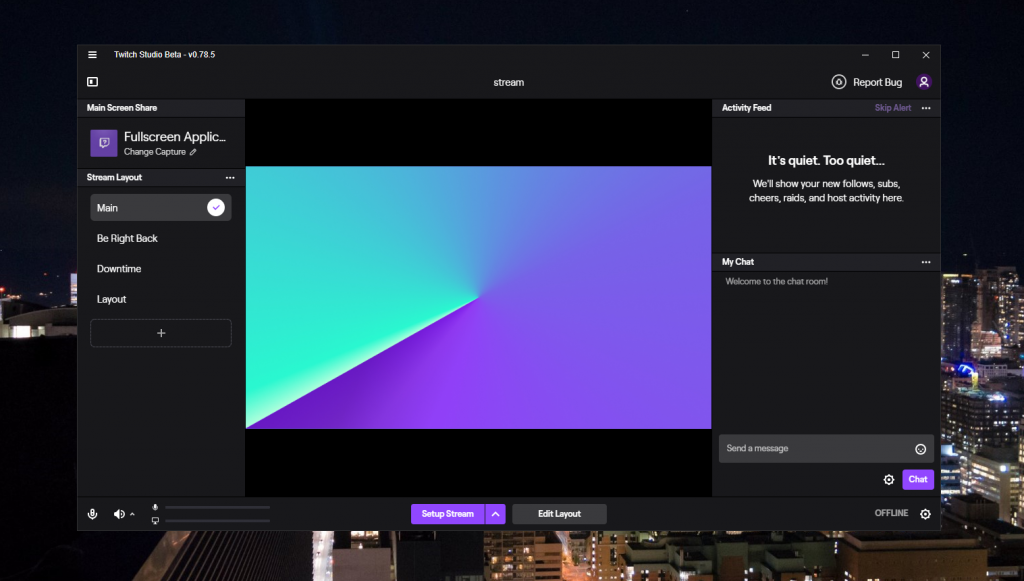 Now that Microsoft has quietly removed Mixer broadcasting from the Windows 10 Xbox Game Bar, the new Twitch Studio Beta app couldn’t be released at a better time. The Windows app is completely free to use, integrates nicely with Twitch, and is easier to use than popular third-party apps such as OBS or XSplit.

Twitch already has a desktop app for Windows, which also serves as a game launcher for the free "Twitch Prime” games Amazon offers to Prime subscribers every month. Twitch Studio beta is a separate app that works on Windows 7 and newer, and it’s much more feature-complete than the built-in Mixer broadcasting feature on Windows 10 ever was. You’ll find guided setup to help you set up your mic, webcam, monitor resolution, and bitrate, and there are also customizable templates to make your stream look unique. Moreover, there are also integrated alerts for your Twitch activity.

If you previously tried streaming on Mixer from your Windows 10 PC, you should really give Twitch Studio a try. While the app is still in beta, it’s being updated regularly and the team also added a button for reporting bugs front and center.