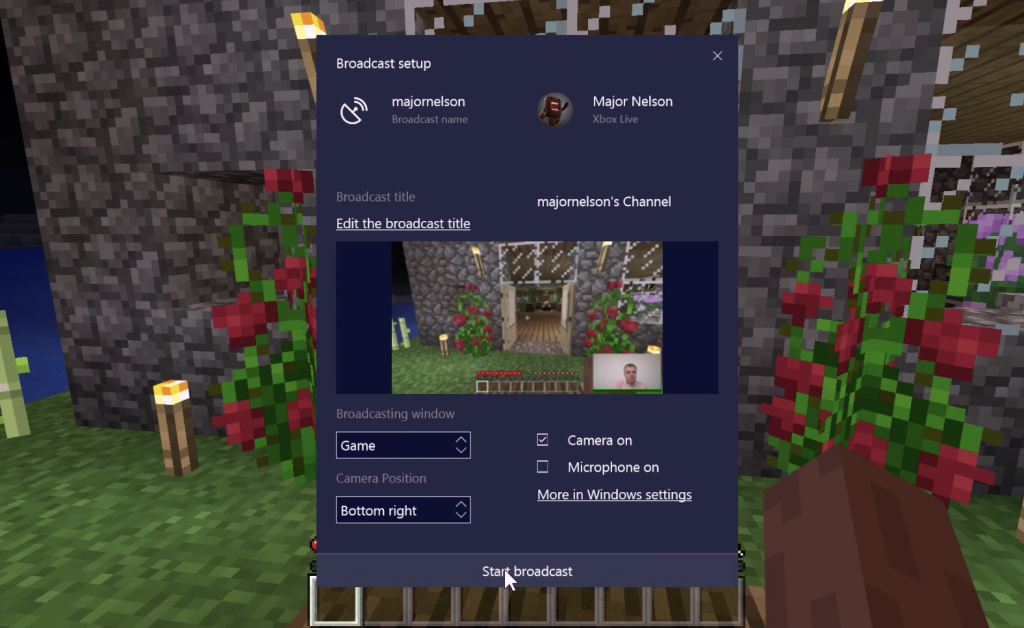 If you’ve recently noticed that the Xbox Game Bar has lost its Broadcast to Mixer button, you’re not alone. As reported first by Windows Central, Microsoft has quietly removed this built-in Mixer broadcasting functionality from the Xbox Game Bar, a move that’s quite surprising considering the company’s big push to build a Twitch competitor.

The fact that the company has yet to communicate about this loss of functionality is quite concerning. A Microsoft spokesperson provided the following statement to Windows Central, and the company is now inviting users to switch to dedicated third-party solutions such as OBS, Streamlabs, and XSplit:

"With continued, great feedback from the community and after careful consideration, we have decided to remove Mixer from Xbox Game Bar to focus on delivering new, more often requested experiences across Mixer, Windows 10 and the Xbox Game Bar. You can broadcast to Mixer from Windows 10 devices using third-party tools such as OBS, Streamlabs, and XSplit and continue to use Xbox Game Bar for screen capture and sharing, controlling your music and audio settings, finding new teammates with Looking for Group (LFG), and chatting with Xbox friends across Xbox console, mobile, and PC – all without leaving your game."

Mixer broadcasting originally came with the Windows 10 Creators Update released in Spring 2017, and the feature really made game streaming dead simple: you just had to open the Windows 10 Game Bar by pressing Win + G, and the broadcast button was right there to go live on Mixer. The third-party apps that Microsoft is now recommending are excellent tools for power users, but they're certainly not as intuitive. Interestingly, Mixer competitor Twitch also recently announced its own streaming app for Windows called Twitch Studio, which is currently in private beta.

Xbox Game Streaming app shows up on the Google Play Store, but you can’t download it yet