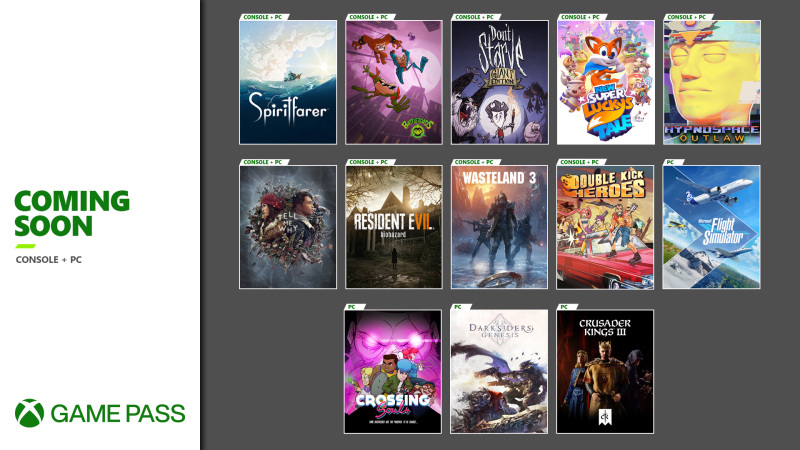 The Xbox team has just announced a big list of new games coming to Xbox Game Pass for Console and PC this month. Microsoft Flight Simulator was the first new Xbox Game Studio title to land on the catalog today, but it’s actually joined by Spiritfarer, a brand new management game about death which is available now on both PC and console.

Four other games will follow on Thursday, August 20 with the beat ‘em up game Battletoads, Don’t Starve: Giant Edition, and the PC games Darksiders: Genesis and Crossing Souls. New Super Lucky’s Tale, the re-imagining of the original Super Lucky’s Tale game that debuted on the Nintendo Switch will also be available on console and PC on Friday, August 21.

That’s not all, as four more games will join Xbox Game Pass for Console and PC next week: Hypnospace Outlaw and Tell Me Why: Chapter 1 will be available on August 27, and Double Kick Heroes and Wasteland 3 will follow on August 28. The latter is developed by Inxile Entertainment, one of the latest game studios that Microsoft acquired over the past two years.

Last but not least, the Xbox team has already announced the first two games coming to Xbox Game Pass next month: The PC game Crusader Kings III will be available on September 1, while Resident Evil 7 Biohazard will be available on September 3. The latter was one of the first big third-party AAA games to support Xbox Play Anywhere back in 2017, and it’s great to see it coming to Xbox Game Pass.