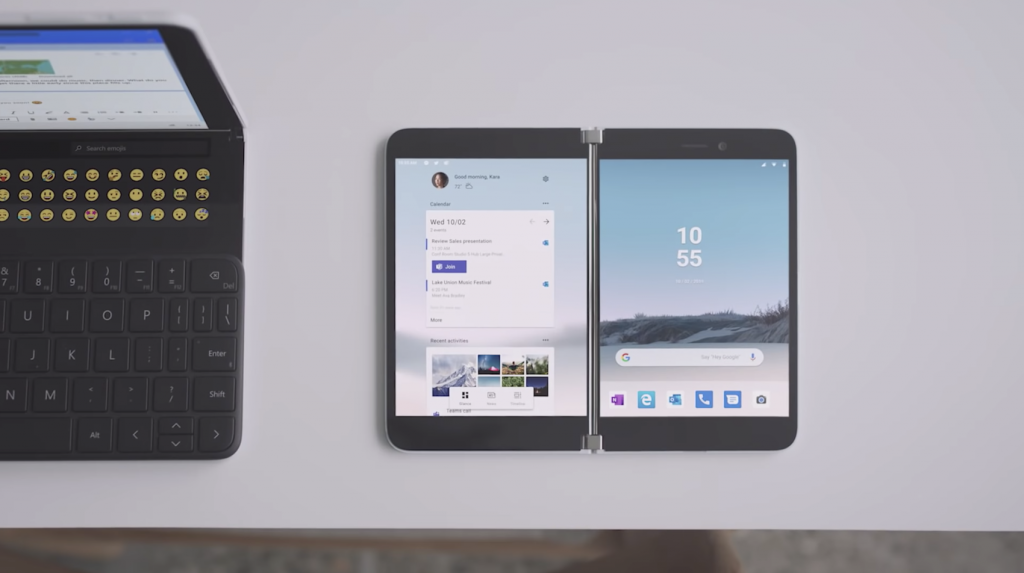 Microsoft’s may launch its first dual-screen device a bit sooner than expected according to a new report from Windows Central. The Surface Duo, the company’s first Android device may, start shipping as soon as this summer, with Microsoft possibly confirming the news during a Spring Surface event where Surface Book 3 and Surface Go 2 could also appear.

"I'm told that Microsoft is hoping to have all the software done by early April, and that Surface Duo could start shipping in limited quantities in time for the summer if everything goes according to plan,” wrote Windows Central’s Zac Bowden. "I expect that this initial launch will be aimed primarily at developers and enthusiasts, with its availability announced in the spring alongside the Surface Go 2 and Surface Book 3.”

Sources also told Windows Central that Surface Duo will come with a Snapdragon 855 SoC, 6GB of RAM, and 64GB of storage, though there will be different configurations with more RAM and storage. However, Surface Duo using Qualcomm’s flagship processor for 2019 means that it won’t support 5G.

Bowden also has a theory about some of the Surface Duo’s surprising design choices such as the pretty big bezels (for today’s standards), as well as the lack of multiple cameras. This may be because the hardware has been ready for quite some time, before Microsoft decided against using Windows Core OS on Surface Duo in favor of Android:

Surface Duo has had a long, hard journey internally. Microsoft started working on it back in 2016 under the codename Andromeda, and the plan was for Surface Duo to be one of the first products to ship with Windows Core OS. Under those plans, the product was supposed to launch in 2018, but that changed when Microsoft dumped Windows for Android instead.

Because of this, the hardware has essentially been ready to go for two years, with only iterative changes being made to the device since. This might explain why Surface Duo doesn't have slim bezels or multiple camera sensors. These were only just starting to be a thing on smartphones launching in 2018. In 2020, thin bezels, 5G, and multiple cameras are pretty much the norm.

As of this writing, the Surface Duo page on Microsoft's website still indicates that the device is "coming holiday 2020." However, we were wondering earlier this week if a leaked promotional Surface Duo video where the date on the device's display is 06/18/2020 may actually be teasing the Surface Duo's launch date. Technically, June 18 is just 3 days ahead of summer, but a June launch doesn't sound that crazy especially after we've seen a video a Surface Duo out in the wild.