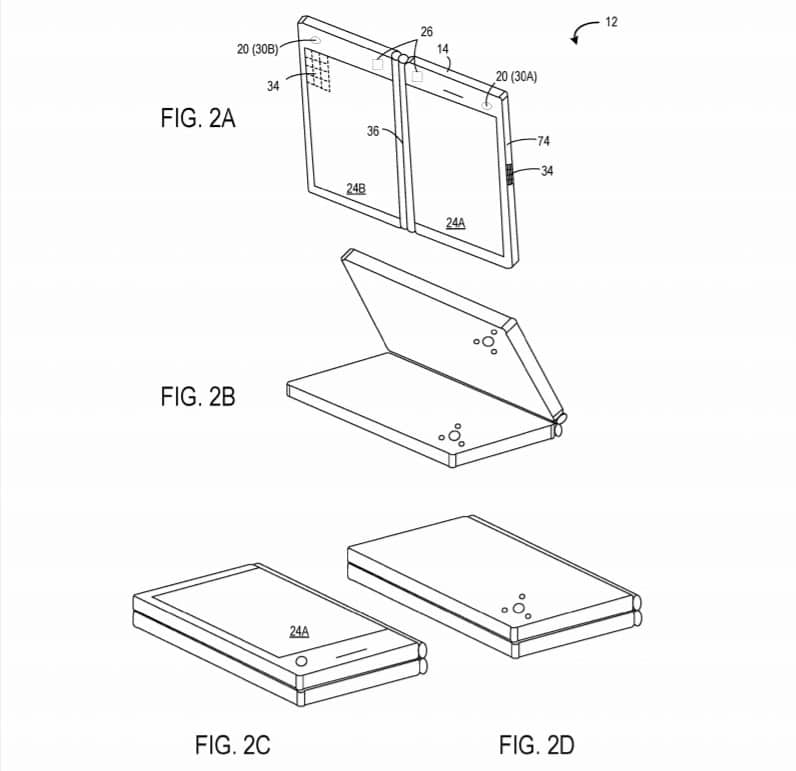 A new patent, that Microsoft registered in June 2017, has been published this month by the US Patent and Trademark Office. The patent shows how Microsoft has been looking into a new mobile computing device with a twist (via Windows Latest). It’s not clear if this is related to its Andromeda project, or if it’s even a smartphone at all – it could very well be a laptop.

It envisions a dual-screen device. Each display has its own camera, creating a dual-screen, dual-camera device. The two displays are set up in a way that will allow “the first and second display devices to each simultaneously display image data captured by the second camera, and image data received from a remote computing device”.

Users interact with multi-screen mobile devices throughout a variety of positions, including holding the device vertically, holding the device with a primary screen facing toward the user, holding the screen with a second screen facing toward the user, and other positions and orientations. Conventionally, it may be difficult for users in the same physical space to be part of a video call when they are not in proximity to one another, especially when there are three or more participants. They may lose sight of each other or a remote user, and it may be difficult to tell if the users are in frame of the cameras recording them,

The company believes that with this patent, it has a solution.

The patent can be viewed here.