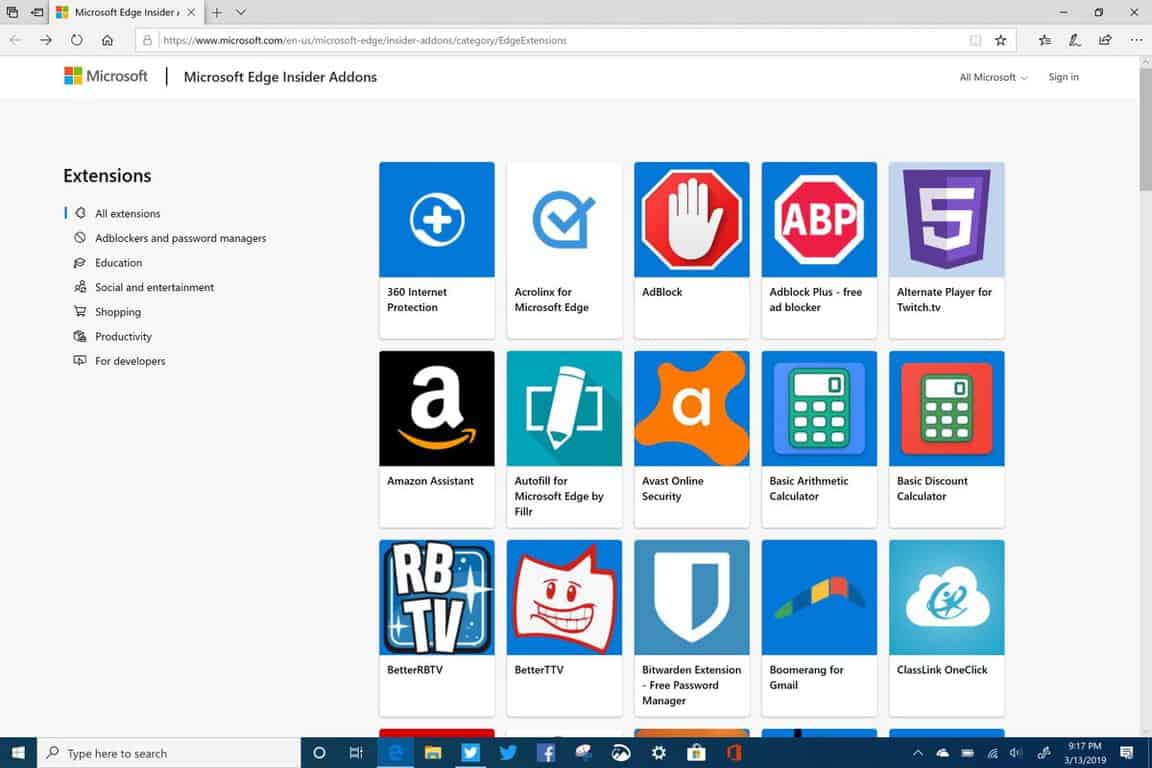 Microsoft is getting closer each day to releasing the public preview of the new Chromium-based Edge web browser, and today a webpage for downloading add-ons for the preview browser has been made briefly available for users to browse. When the public preview goes live, users will be able to test preview updates of the browser by signing up to be an Edge Insider, in a similar way that that Insiders test preview builds of Windows 10.

WalkingCat was discovered the new web page, which has since gone offline, showing a preview of an extension available under the "Microsoft Edge Insider Addons." While there's not much else to be seen now that the page is unavailable, Neowin points out that it listed as many as 82 addons during its brief availability, although the Get button did not work at the time they checked.

Microsoft's Edge is certainly a nice and speedy web browser, but the lack of developer support has resulted in the app's low market share especially as Google Chrome overwhelmingly dominates this area. Microsoft's decision to move Edge to Chromium for better web interoperability is supposed to fix these issues. Since their decision, we've seen screenshots of the new browser leak and have also learned that it might only support 64-bit devices at launch—which thankfully is the majority of devices today, but if you're running a small tablet with only 1 GB of RAM you might be out of luck.

Even then, it's hard to tell the shortcomings the browser might face as it competes fiercely with Google's offering. Extensions support is certainly one challenge for Microsoft, especially given that it is a major feature users enjoy in Chrome. However, because the new Edge will be Chromium-based, most Chrome extensions should be able to work if allowed.

Microsoft Edge is expected to see the availability of preview testing sometime this year, and is expected to eventually make its way to older versions of Windows (7 or 8) and even macOS. Hopefully if all goes well, it might exit the preview before the year’s end, but that's a major if.