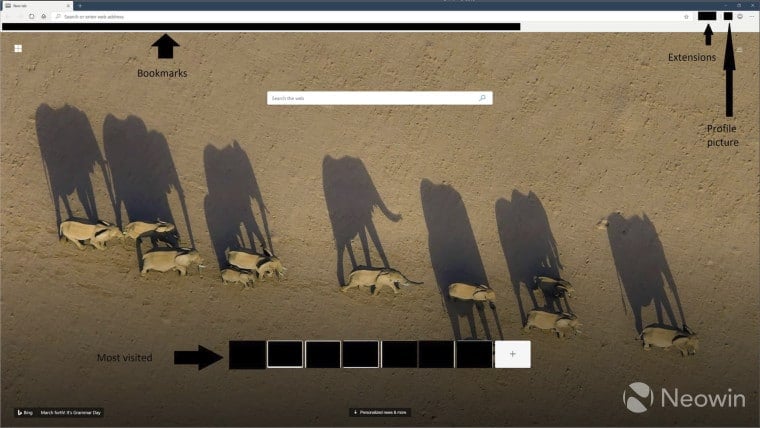 We can finally see how the new Chromium-based version of Edge that Microsoft announced back in December will look like. Neowin has just published a series of screenshots showing the a new browser that looks quite similar to Google Chrome, with some custom touches like the Settings panel or the new Microsoft Edge Store.

The browser interface should look very familiar for Chrome users, with a favorite button on the right side of the address bar, next to an area showing installed extensions and the user’s profile picture. New tabs will also show Bing’s image of the day as well as your most visited pages at the bottom. The personalized news feed that currently exists in Microsoft Edge will also still be present when you scroll down, as seen in the following screenshot.

Compared to the existing version Edge, the new Chromium-based Edge will apparently lose some features like the ability to see all your tabs and to set aside the currently open tabs. However, the new browser will gain a cleaner Settings menu that will show up as a dedicated tab, just as it currently works in Google Chrome.

As for extensions, the new Chromium-based Edge will come with a built-in Store that should be more convenient than using Microsoft’s Windows 10 Microsoft Store. The following screenshot shows categories curated by Microsoft on the left panel, but the new browser should also be compatible with all existing Chrome extensions. 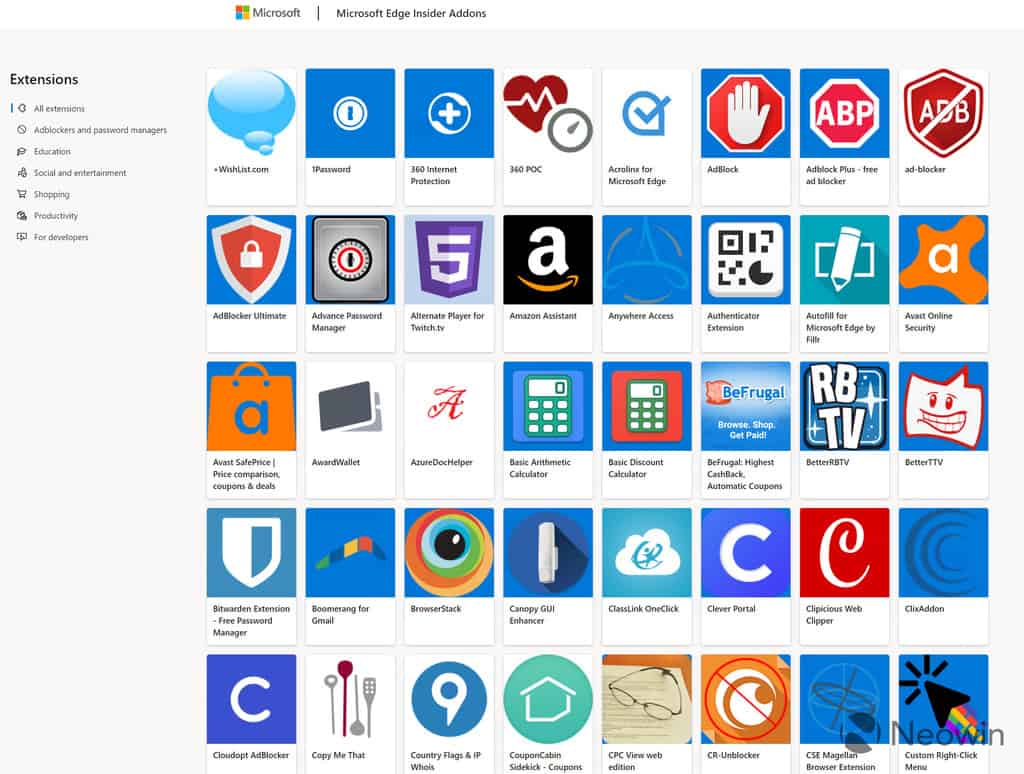 Microsoft has yet to reveal when this new Chromium-based Edge will enter public testing, but there are currently two internal development branches according to Neowin: a Dev channel that gets weekly updates, and a much more active Canary channel that gets new builds every day. In addition to Windows 10, the new browser will also be available on Windows 7, 8.1 and macOS, and we hope the first public build will be released soon.