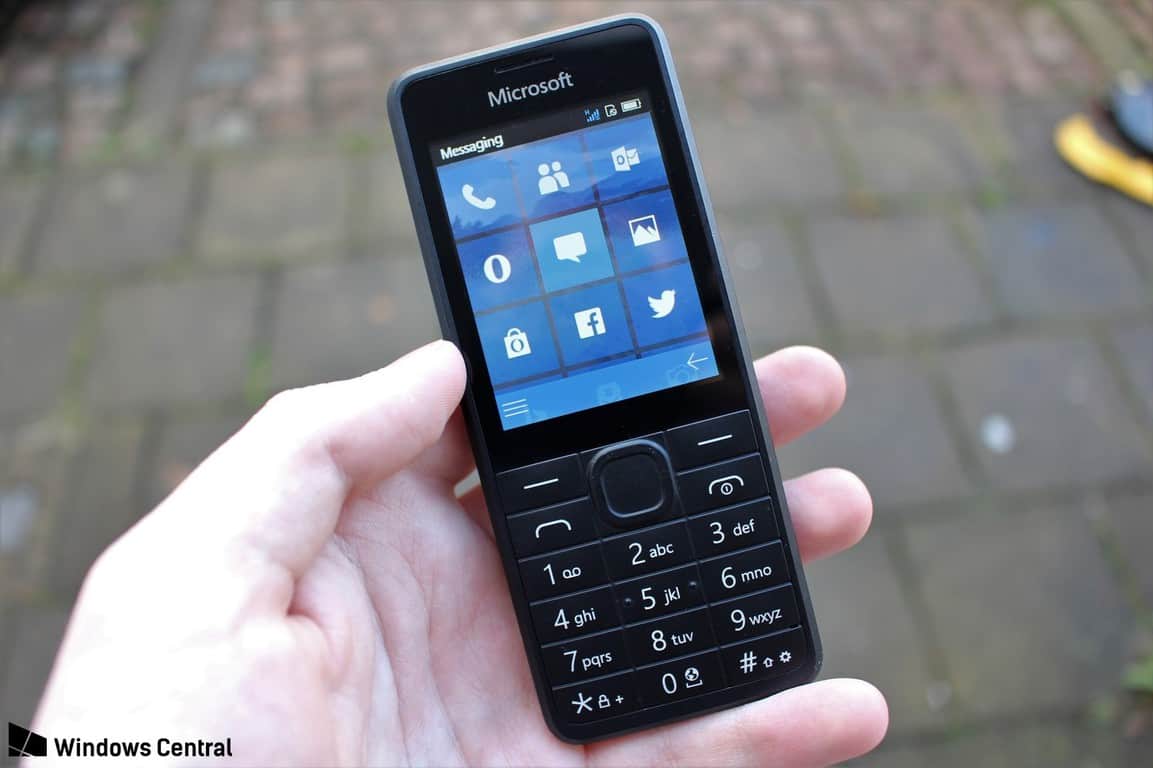 Microsoft was reportedly working on a feature phone that looked like a Windows 10 Mobile device, according to Windows Central's Zac Bowden. The phone was to come with a small and very basic 2.5 inch display, a 1200 mAh battery, and a 1.92 megapixel camera. And just like you might expect from a Microsoft-branded phone, it would have allowed you to connect your Microsoft account to sync data such as emails and contacts onto the phone.

The phone was to come with a number of apps, including Camera, Photos, Alarms, Files, and a basic web browser. Interestingly, the phone also was planned to ship with some Microsoft apps, including Outlook, GroupMe, and OneNote, according to Bowden. However the apps do not work on the device he acquired, likely due to the phone not receiving support from Microsoft. He also pointed out the Gameloft games that were also bundled, including Asphalt and Spider-Man Ultimate.

As far as the software goes, the phone was to have a Windows Phone-style home screen with tiles, with the ability to be re-arranged and customized with a different color. The phone also sported an action center for quick toggles, supposedly influenced by the Notification Center in Windows 10 Mobile.

Microsoft originally purchased the Nokia brand back in 2013 as an effort to develop its own branded phones. While the phone isn't the first feature phone since the brand's acquisition, this newer feature phone was originally under development in 2015 as Bowden pointed out, and might have been the first Microsoft-branded feature phone of the Nokia era. However, the company eventually decided to stop focusing on the product, releasing only the 550, 650, and 950's before shuttering its mobile efforts and selling its Nokia assets.