Despite the numerous announcements of features coming to Windows 10, Office 365, Skype, and the Azure Cloud, Microsoft perhaps saw its most audience-rousing moment when it mentioned native Bash on Ubuntu could be run on Windows 10.

The laymen in the audience likely nervously applauded as well, not knowing what that meant for everyday use on Windows machines. However, Microsoft eventually spelled out the benefits of the new addition on its Building Apps for Windows blog:

We made investments that improve cmd, PowerShell, and many other command-line tools and developer scenarios. Second we decided to grow our command line family by adding real, native Bash and with it support for Linux command-line tools which run directly on Windows in an environment that behaves like Linux!

Last week, at its developer conference, Microsoft demoed the new Bash inclusion in Windows 10 but didn’t reveal when users would be able to get their hands on the feature. Now, it looks like Windows 10 Insiders can now try out the beta version of Bash in the freshly released Windows 10 Insider Preview build 14316. 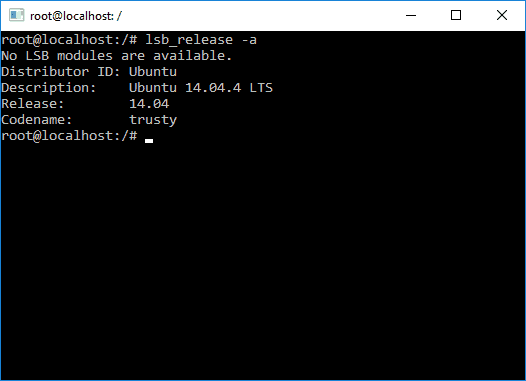 Windows Insider build 14316 brings a multitude of features and improvements Microsoft showed off during Build 2016 and among them is the new Bash on Ubuntu on Windows, in limited capacity understandably. Per usual, Microsoft promises to improve the experience over time and through several preview builds leading up to the Windows 10 Anniversary Update release later this year.

To test out Bash, set your PC to the Insider Preview and Fast Ring release as that is the only current way to access the feature, for now. Then upgrade to build 14316 and get going on Bash.