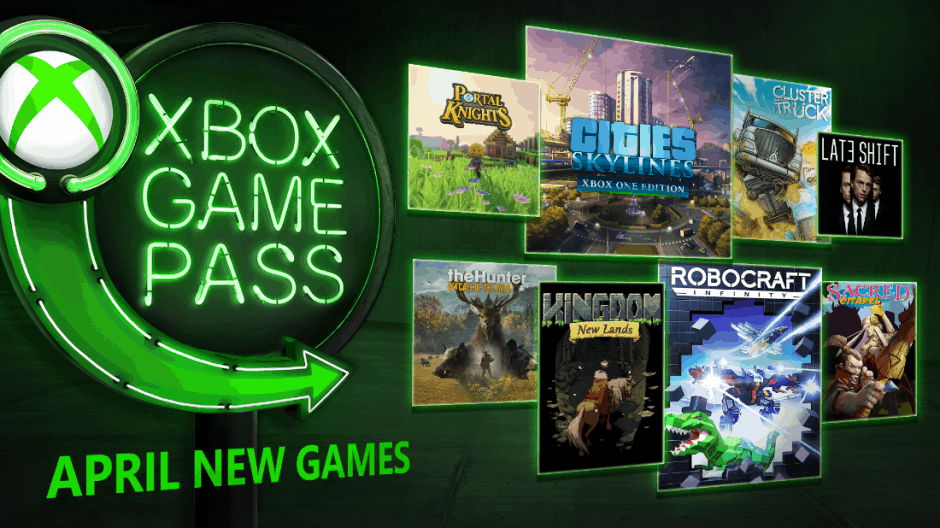 During E3 2018, Microsoft spoke fondly of its intentions to move its gaming platform toward a digital future backed by its growing cloud infrastructure; this is a concept the company has been chasing since the introduction of the Xbox One.

Despite being figuratively run out of town for its lofty ambitions to pit gamers against traditional brick and mortar retailers, Microsoft has subtly put pillars in place, such as its increasingly popular digitally powered Games Pass service, software driven Backward Compatibility and tweaks to its digital store front to provide a more convenient shopping experience, all in the hopes of  eventually actualizing its digital-first dream.

However, when taking the industry temperature on whether digital is the way forward, survey companies are finding that Microsoft may still be putting the cart before the horse.

According to the published annual Games 360 report from survey provider Nielsen, it seems over 66 percent of console gamers still prefer physical games over digital downloads. Additionally, it seems PC gamers are among the most progressive audience as they account for a massive 71% of users who now prefer to engage with digital downloads over wanting other

"Among the most pronounced and historically persistent characteristics of the gaming population is the divide between PC gamers and console gamers. Those who prefer to play on consoles have a strong preference for physical packaged media, but tend to spend less time playing than players who prefer PCs. The opposite is true of PC gamers, who vastly prefer digital media and who tend to spend more time playing games. PC gamers also tend to spend more money on games than console gamers. Over the past year, however, those preferences have become slightly less pronounced as publishers continue to enhance the appeal of their digital shops with more titles and improved user experiences." 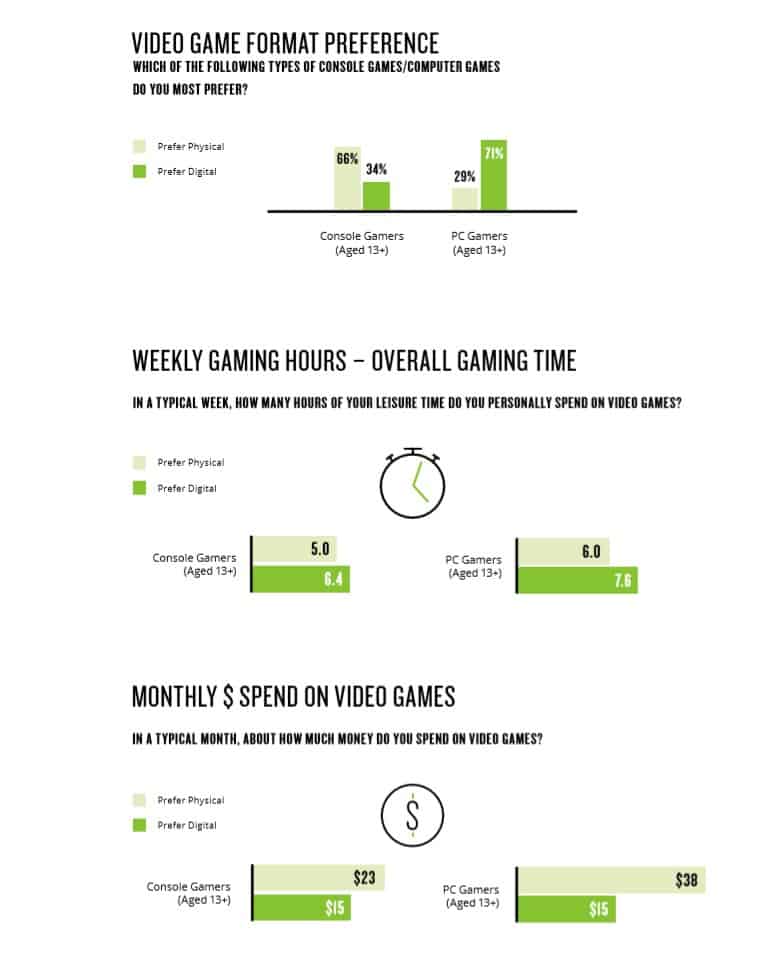 It should be noted that Nielsen's report is based on responses via consumer online surveys in Q1 of each year using the company's proprietary e-Panel technology available in the US only. The annual Gamers 360 report survey's a sample group of 2,000 gamers ranging in ages of 13 and up living in the US.

With that being said, much of the reports extrapolations seem to be holding true as taking a stroll down comment/forum-ville lane, the response to Microsoft's insistence on a digital first future was met with less vitriol than when it was pitched a few backs, but the industry seems to be just as tepid in its acceptance in the face of growing change in distribution and gameplay.