This newer version of the game is a free upgrade for current owners of Mortal Kombat 11 and features full cross-gen play between both Xbox One and Xbox Series X generations of consoles and cross-platform play with other ecosystems such as Sony’s PlayStation consoles.

Those who buy Mortal Kombat 11 Ultimate as a new release will gain access to all previously released downloadable content (DLC) such as Kombat Pack 1 and Aftermath in addition to the new Kombat Pack 2. Current owners of the base Mortal Kombat 11 game will still need to purchase each DLC separately however despite the free upgrade and rebrand of the base game.

The definitive MK11 experience! Take control of Earthrealm's protectors in the game's TWO critically acclaimed, time-bending Story Campaigns as they race to stop Kronika from rewinding time and rebooting history. Friendships are tested, and new alliances forged, in the battle to save all of existence. MK11 Ultimate features the komplete 37-character roster, including new additions Rain, Mileena & Rambo.

Mortal Kombat 11 showcases every amusing friendship, gory fatality and soul-crushing fatal blow like never before. You'll be so close to the fight, you can feel it!

Are you a current owner of Mortal Kombat 11 or will Mortal Kombat 11 Ultimate be your first time diving into this latest entry in the popular fighting game franchise? Let us know in the comments below and then follow us on Pinterest and Twitter for more Xbox gaming news. 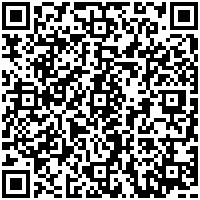