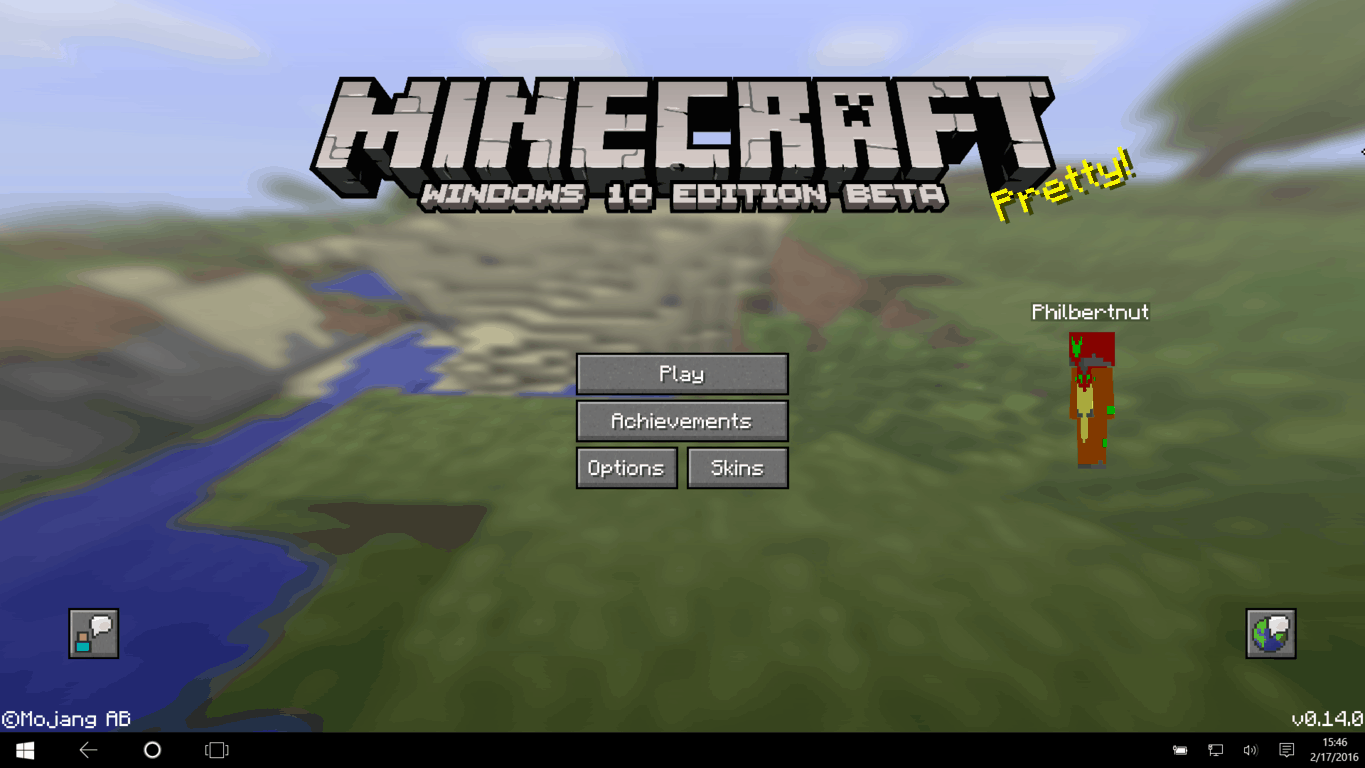 Minecraft Windows 10 Edition Beta has been getting updates alongside the Pocket Edition of the game, and today reached version 0.14.0. Since the last update to both versions of the game last November, Microsoft has released the first few Redstone Insider builds, so it’s nice to see the update include some great new skins for players to dress their characters in.

At this time, (see below for the changelog) to the store page for the Windows 10 Edition Beta or the Pocket Edition store pages, but the new version, as seen in the main menu, is 0.14.0. The update has yet to roll out to the Pocket Edition on Android, so that version is still at 0.13.2.  Below, you can see what the new skins look like.

Checking around for what was new, the skins featuring various Minecraft Redstone-related designs are the only obvious change. There are fifteen new skins with two available to try for free. The full list of character skin names are:

Artisan and Composer are the free skins in this pack, and to slip into any of the rest will cost players $1.99, just like the other skin packs Mojang has released for Minecraft in Microsoft’s ecosystem.   Microsoft has indeed added a changelog: