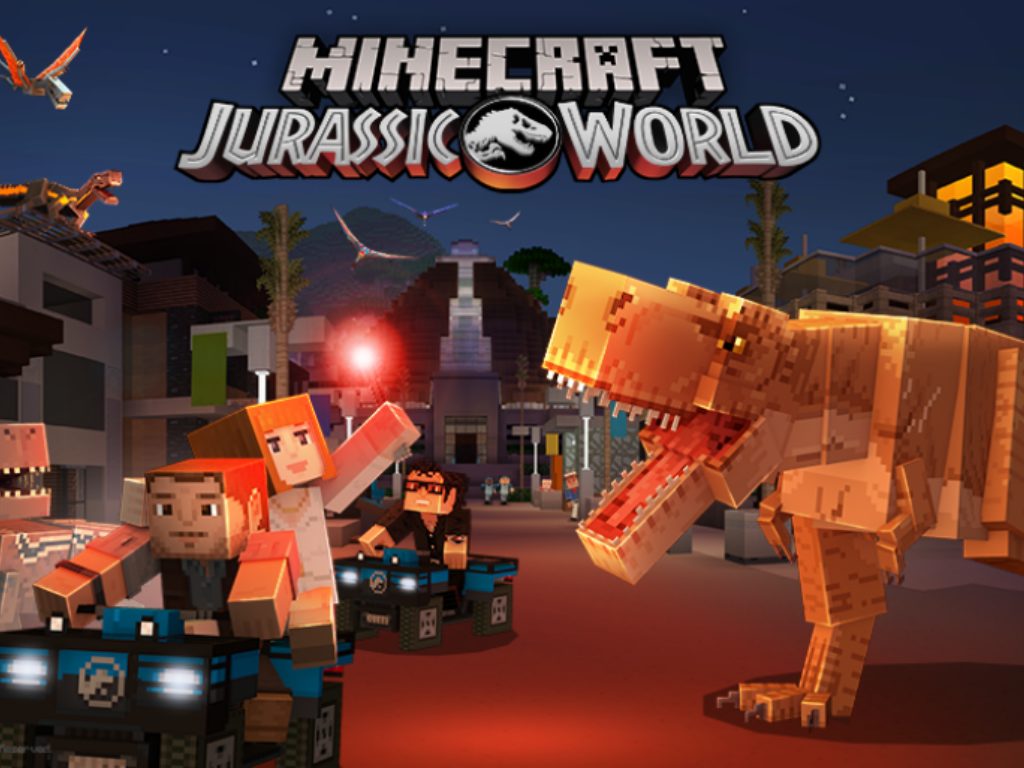 Following the release of the big Nether Update in June, Minecraft developer Mojang has just announced the release of a new Jurassic World DLC for the popular sandbox game. Available now on the Minecraft Marketplace, the new pack includes 21 skins and more than 60 dinosaurs, giving you all the tools to manage the dinosaur resort of your dreams.

"The Jurassic World DLC for Minecraft introduces a special kind of luxury resort: one that features some of your favorite dinosaurs from the films. And you’re the Park manager! Not only can you craft and train dinosaurs, build exhibits, and solve problems, but you can also go on expeditions to discover dinosaur DNA! Use vehicles and your team of NPCs to solve disasters and earn a high score," the blog post reads.

In addition to this new Jurassic World DLC, Mojang has also released today a free Character Creator item, the rare Blue Hoodie. Would you like Mojang to continue to team up with studios to bring more movie-themed DLCs to Minecraft? Sound off in the comments below.