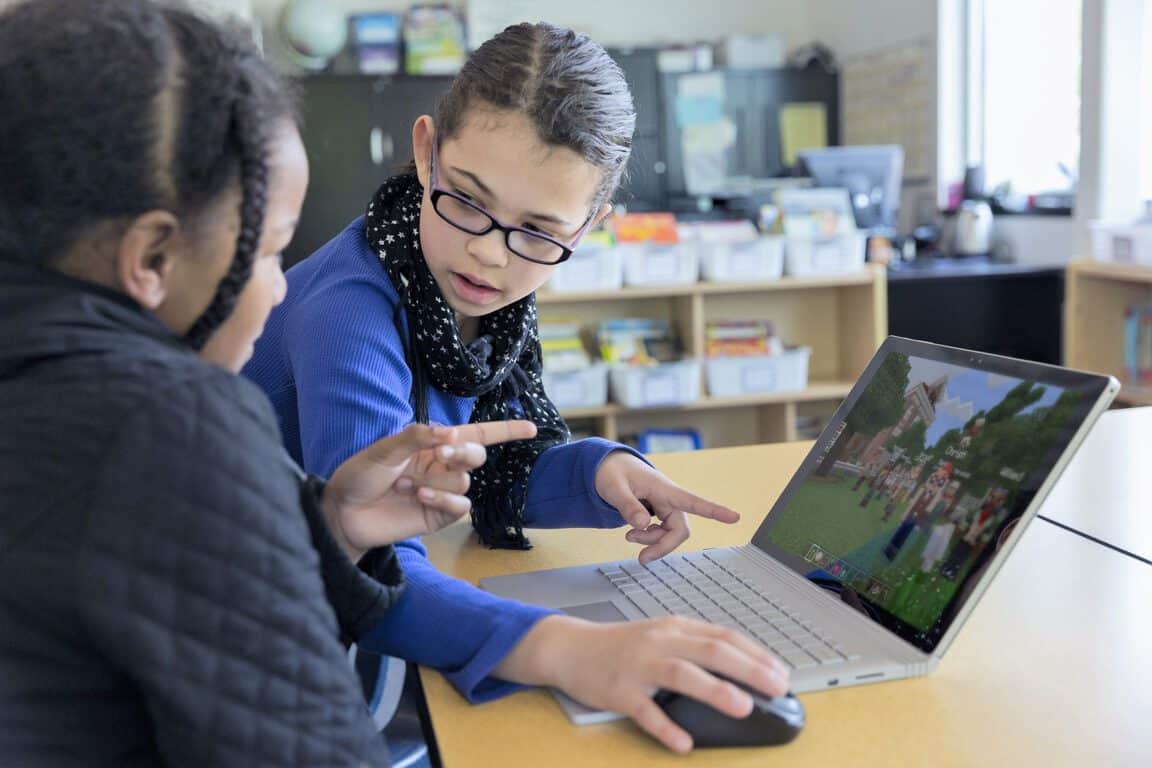 Minecraft’s potential as an educational tool has long been clear: the game captures the attention and imagination of millions of youth world wide, and its open, free-form building format is perfect for interactive teaching. Microsoft, who acquired the game’s developer Mojang two years ago, has also been actively promoting Minecraft to teachers and students alike, the biggest project for which is Minecraft: Education Edition, revealed in January this year, and came out as an Early Access version today, announces on the project’s homepage.

The early access version, as its name implies, offers an early look at Minecraft: Education Edition, which adds several education-focused features on top of the familiar core Minecraft gameplay. These include collaboration enhancement so that entire classrooms can join a world without needing separate servers, a new camera and portfolio function that allows students to documents their projects visually, and a non-player character (NPC) creation tool for educators. For even more classroom vibe, there is virtual chalkboard (yes, they are actual Minecraft-style in-game chalkboards) that comes in three sizes.

Be whoever you want to be.

One announced feature that’s still in development is Classroom Mode – a teacher-focused interface with world maps, students lists, teleport capabilities, and a chat window – which is expected to come out along with the official version of Minecraft: Education Edition, set for a release in September this year. Subscription fee for the official release will reportedly be “between $1 and $5 per user, per year”; until then however, the Early Access version is available for free to any educator or student with a valid school email. Head to the Minecraft: Education Edition homepage to sign up, get your copy, and also access to tutorials, training sessions, sample lessons, and many more free materials offered by Microsoft.