[Update: it’s back] Microsoft’s Your Phone Windows 10 app is down today, Microsoft is investigating 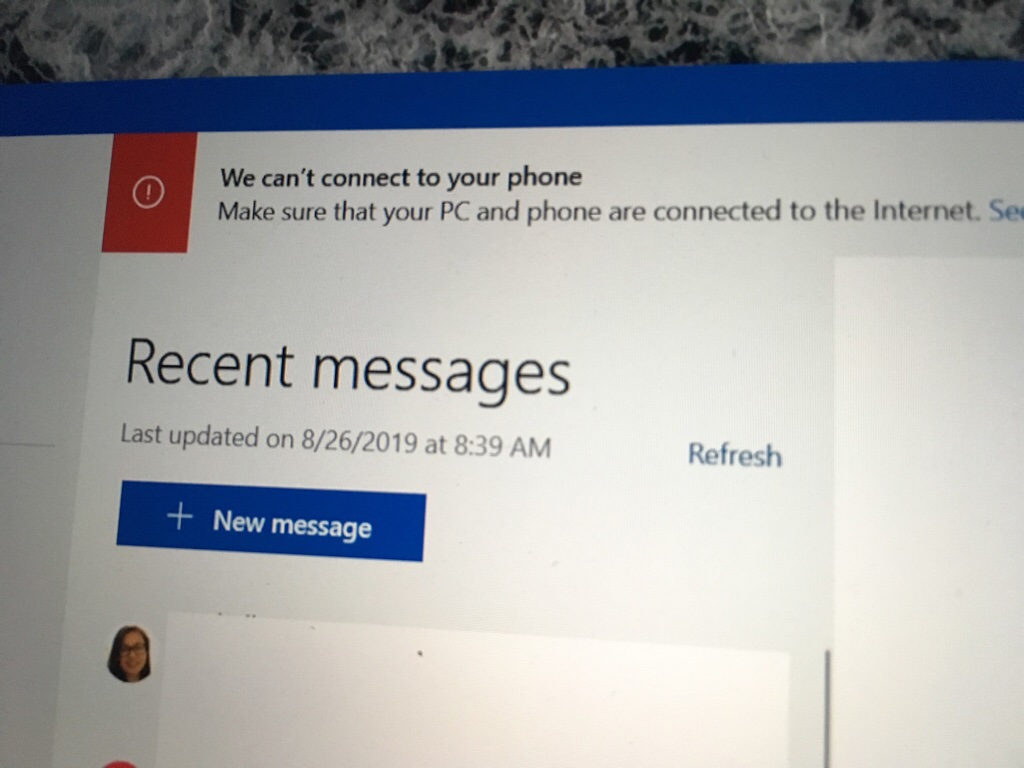 If you’ve been struggling to connect your Android phone to Microsoft’s Your Phone Windows 10 app this morning, you’re not alone. We’ve been unable to sync our phones to the app today, and the software giant has acknowledged the connectivity issue on the Microsoft 365 Service Health dashboard.

Microsoft is still investigating the problem, and you can read the company’s latest status update below:

We’ve identified an issue causing connection problems for the Your Phone app. Users may receive “Can’t connect” or other error banners when using the app. We’re actively investigating to identify the cause of the problem and develop a remediation plan.

Your Phone probably isn’t the most reliable app Microsoft ever shipped on Windows 10, and it’s not unusual to have some difficulties when trying to sync text messages or notifications with your PC. The app is apparently optimized for the new Samsung Galaxy Note 10, though owners of the latest Galaxy flagship phone are also affected by connection problems and errors today. We’ll keep an eye on the Microsoft 365 portal, and we’ll let you know once the problem is fully resolved.

Update 11PM PDT: Microsoft says that the app should now work as usual. “We’ve completed all corrective actions and our monitoring has confirmed that the issue is resolved,” the company explained on the Microsoft 365 Service Health dashboard.