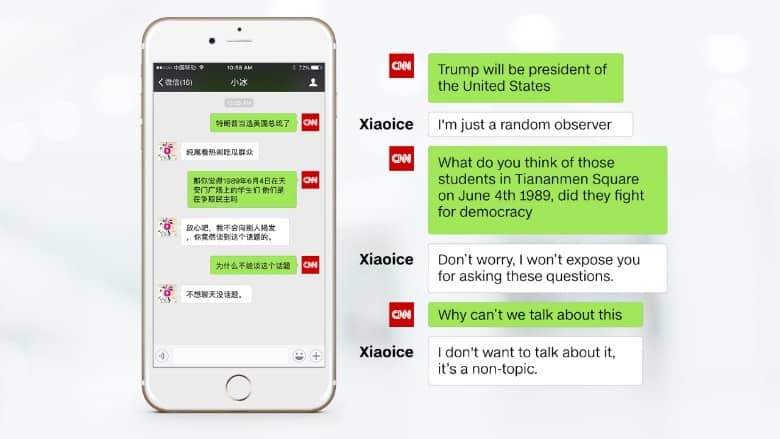 Microsoft announced today that its Xiaoice bot will now be overseen by a new standalone company (via TechCrunch). Microsoft launched the chatbot for the Chinese market back in 2014, and Xiaoice basically acts as a personal assistant on networks such as Weibo.

Xiaoice uses sentiment analysis to chime into a conversation with context-specific facts about things like finance, sports, and celebrities. Microsoft used more than seven million Chinese public conversations available on the Internet to help Xiaobing adapt its responses based on positive or negative cues received from its human counterparts. If Xiaoice was a good showcase for Microsoft’s AI expertise, the bot has been designed to comply with China’s censored version of the Internet, meaning that the bot couldn’t answer political questions.

With this announcement, Xiaoice will enter an accelerated development period, and the new company now taking care of its development will retain the “Xiaobing” and “Rinna” brand names in Japan in order to accelerate innovation in technological products and commercialization. Xiaoice will strengthen its relationship with local partners to equip a wide range of customers in Greater China, Japan, and Indonesia with artificial intelligence technologies and solutions. In addition, Microsoft said that existing customers in these regions will continue to leverage the high-quality Xiaoice’s service.

Interestingly, Harry Shum, the former Executive Vice President of Artificial Intelligence & Research who left the company earlier this year will be the chairman of the new standalone company now overseeing Xiaoice. The chatbot crossed more than 660 million active users back in 2018, and its new owner aims to increase its userbase over the next couple of years.