While Microsoft may be taking to flight in the clouds with its Q4 17' fiscal earnings, its Surface division alongside its slumping Windows phone revenue is keeping the company somewhat grounded for now.

After reporting gains and increases in its Intelligent Cloud and Office 365 services for Q4 17' which has moved the company needle to the tune of $6.5 billion net income, Microsoft also had to disclose that its Surface line shrunk 2% in the past three months.

Despite releasing the Surface Laptop and refreshed Surface Pro devices and receiving praises for its Surface Studio, Microsoft's hardware crown jewel hardware division brought in $948 million this year compared to the $965 million from last year.

Microsoft is attributing the decline to 'product lifecycle transitions' which was a combination of expansion of the product line as well extended life cycles on products such as the Surface Pro and Surface Book. 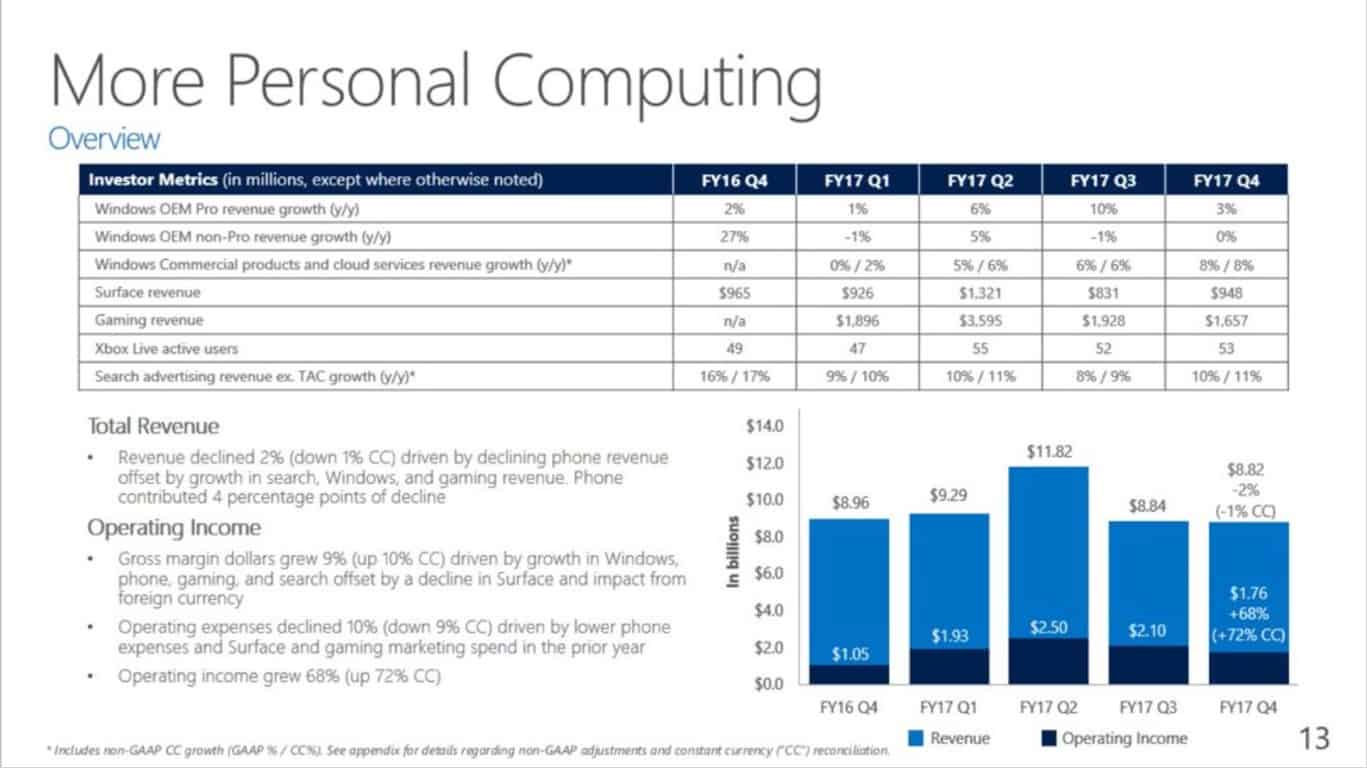 While the Surface Pro, Surface Laptop, and eventual Surface Book refreshes will help to level out those revenue numbers for the next quarterly earnings results, it's Microsoft's failed Windows phone that is now leaving an immaterial mark on the company's bottom line. Microsoft is now only in the hole for its failed smartphone platform to the tune of $4 million compared to the multiple millions just a couple of years ago.

However, for a mainly software focused company, having the Surface division only down 2% in a three month span when new hardware was absent isn't that bad of deal.

Once again the cloud proves fertile for Microsoft growth bringing in $6.5 billion for Q4 17'