Once again the cloud proves fertile for Microsoft growth bringing in $6.5 billion for Q4 17'

The numbers are in for the end of Microsoft's fiscal year as the company reports its Q4 earnings. In that time, Microsoft's Cloud and Office offerings helped nudge the company forward with a net income of $6.5 billion on $23.3 billion dollars worth of revenue. For those investing in Microsoft, Q4 numbers boil down to $0.83 cents a share on an operating income of $5.3 billion. Not a bad way to end the fiscal year.

It was offerings such as Office 365 which saw increases of 5% in revenue in the commercial sector as well as Microsoft's Intelligent Cloud division posting 11% gains, that helped Microsoft end the fiscal year on a high note.

Unfortunately, it wasn't all rainbows and Skittles for the company as its Personal Computing division saw a slight decrease of 2% which has been largely attributed to Microsoft's inability to produce a viable phone solution and those efforts continue to weigh on the company's revenue bottom line. 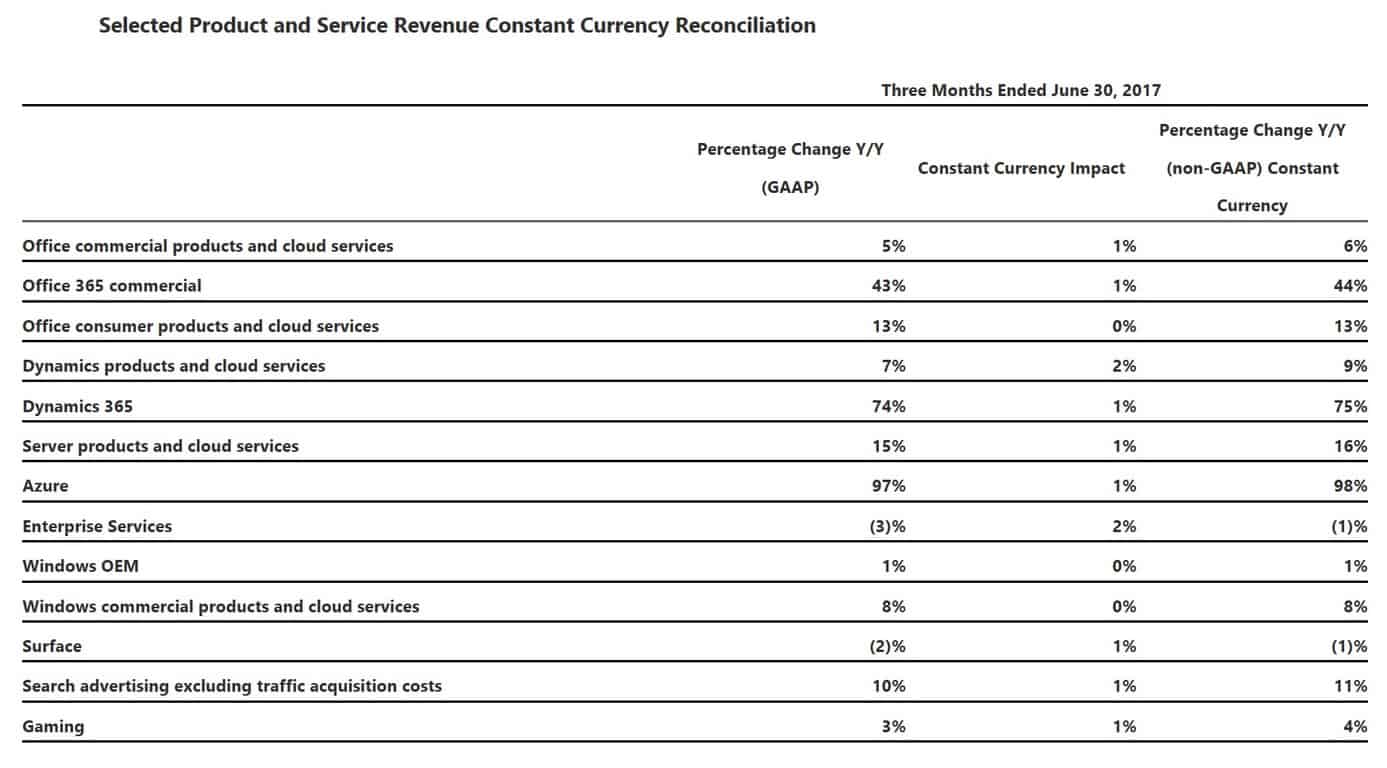 As for specific standouts, Windows seems to have seen a bump in revenue despite a slow roll out to enterprise environments for now. Another bucking trend were increases gained in search advertising as well as Windows Cloud and Commercial product lines that were up 10% and 8% respectively.

“Innovation across our cloud platforms drove strong results this quarter,” said Satya Nadella, chief executive officer at Microsoft, “Customers are looking to Microsoft and our thriving partner ecosystem to accelerate their own digital transformations and to unlock new opportunity in this era of intelligent cloud and intelligent edge.”

Once again the cloud seems to be where Microsoft is aiming for its second-life landing and thus far the results are in the company's favor.

Has Microsoft given up on Bing Webmaster Tools? Pages don't load, "unstable and unusable," say reports