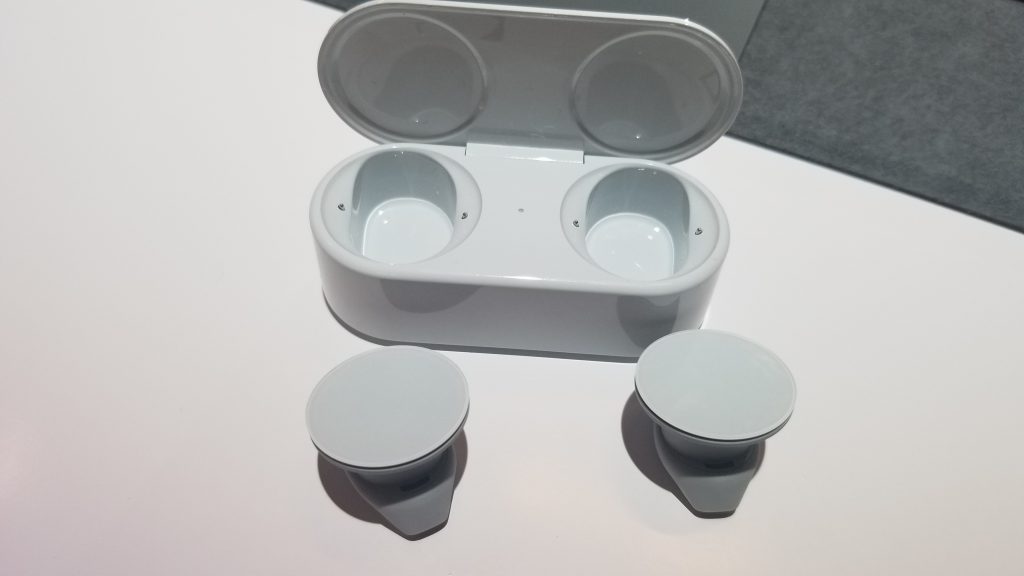 Microsoft’s long-delayed Surface Earbuds could go on sale in select markets as soon May 6th, according to information from European retailers obtained by WinFuture’s Roland Quandt. According to these retail sources, the Surface Earbuds will be priced at €199 in Europe, making them much more affordable than Microsoft’s Surface headphones.

Microsoft's Surface Earbuds are _finally_ launching. Available from early May (which is also the purported time frame for the new SB3 and SGO2 tablets/2in1s) in Europe - and therefore certainly also in the US. Price is ~199 Euro: https://t.co/oy3OugdlBY

Microsoft first unveiled its Surface Earbuds during last year’s Surface event in October, but the company announced a month later that the audio accessory had been delayed to Spring 2020. On Twitter, Microsoft’s Chief Design Officer Panos Panay explained that his team needed more time to "get all the details right" and "ensure we deliver the best possible experience for you."

Product-making is about the relentless pursuit to get all the details right, which takes time…sometimes more than we planned on. To ensure we deliver the best possible experience for you, our fans & customers, Surface Earbuds will now launch worldwide in Spring 2020 #Surface

Compared to the familiar design of Apple’s AirPods, the circular design of the Surface Earbuds looks certainly unique. Just like the Surface Headphones, the Earbuds support Bluetooth and Microsoft previously revealed that they would work with all major digital assistants including Cortana, Alexa, Siri, and the Google Assistant.

According to the report, Microsoft may also have another Surface audio accessory in stock for May, which may be just a new color for the existing Surface headphones. Anyway, May should be a busy month for new hardware announcements with Surface Book 3, Surface Go 2, as well as a possible reveal for the “Lockhart” next-gen Xbox that could be a cheaper alternative to the Xbox Series X.

GitHub service outages continue, no official word on why