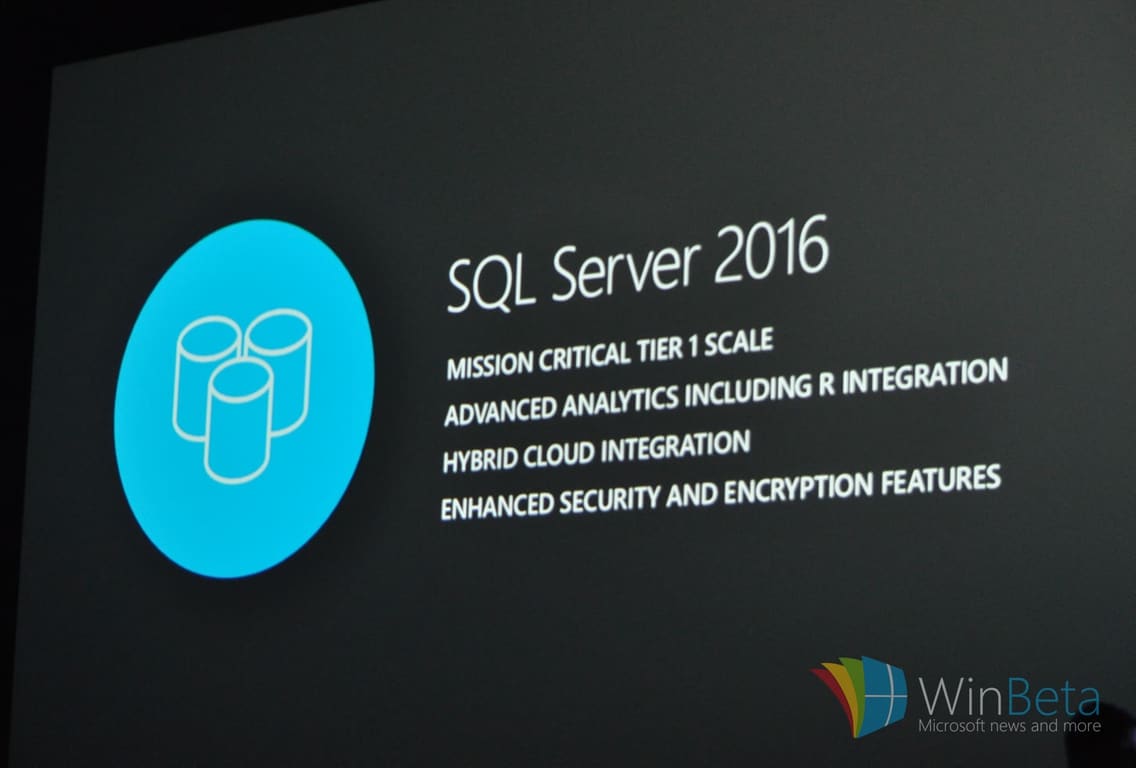 Ahead of its Data-Driven event in New York on Thursday, March 7, 2016, Microsoft announced it is kicking off a wave of “launch activities for SQL Server 2016” that will be followed by general availability coming later this year for most.

SQL Server on Linux will provide customers with even more flexibility in their data solution. One with mission-critical performance, industry-leading TCO, best-in-class security, and hybrid cloud innovations – like Stretch Database which lets customers access their data on-premises and in the cloud whenever they want at low cost – all built in.”

According to Microsoft, the plan is to put its core relational database capabilities up for preview as early as today March 7, 2016, and work tirelessly on hitting a general availability target of “mid-2017.”

For more information on SQL Server 2016 and the extension of SQL Server on Linux, Microsoft encourages fans to keep an eye and ear peeled to its Data Driven event on Thursday, or sign up for regular updates and news provided by the team here.