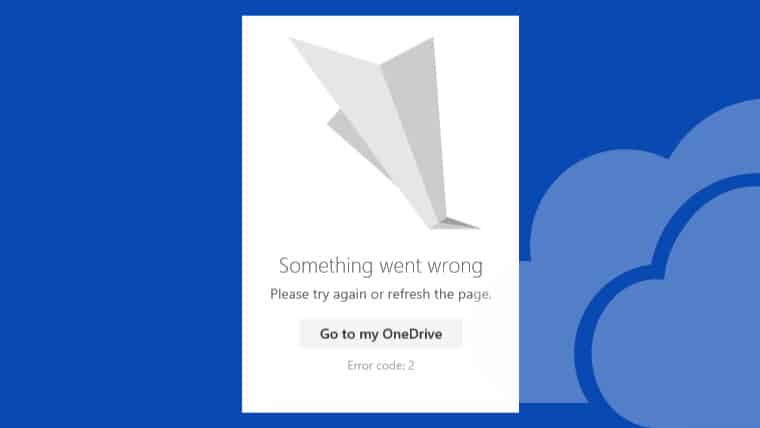 Earlier today, some OneDrive users were reporting that the cloud-connected storage service was down. For many, Microsoft’s OneDrive service returned a ‘something went wrong’ prompt when attempting to access their content. At the time, Microsoft had not issued a statement on the cause of the error or when users could expect the service to be up and running again.
The service error reports began rolling in a couple of hours ago. As many scrambled to check their OneDrive access, it was undetermined if the issue was a worldwide occurrence or more of a rolling outage for some, as some people were still able to access their OneDrive content without issue.
Similar to the Skype outage a few weeks ago, business customers seem to be unaffected by the error, as OneDrive for Business appears to be working uninterrupted.
Fortunately, Microsoft is addressing the outage rather quickly. Moments ago, the OneDrive team took to Twitter to not only acknowledge the error but confirm that the error has been resolved, and One Drive access should be back to normal for users.

This morning some people had trouble accessing their OneDrives. This issue has now been resolved. Sorry for any inconvenience.

Let us know if you have or continue to be effected by the mysterious OneDrive outage.