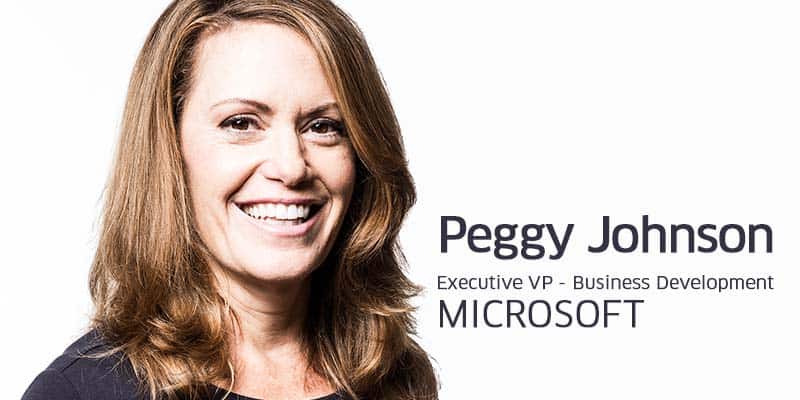 At an event titled Hack for Her Summit, Microsoft’s recent acquisition all-star Peggy Johnson took the stage to cement a relatively unspoken cultural phenomenon. Microsoft’s executive vice president of business development spoke to a crowd gathered at the Impact Hub in Seattle about the buying power of women in established as well as emerging markets.

The notion of women as a purchasing populist is not a new revelation. Johnson concedes that women make up 75 percent of household buying decisions, at least in the US. The percentage of purchases decided by women translates into a staggering $18 trillion in earnings worldwide for businesses. More to the point, Johnson isn’t speaking about making more ‘women-friendly’ products to catch dollars, as much as she is pleading that companies need to start specifically designing for women or with women in mind from the start.

According to a report from GeekWire, during her talk at the diversity promoting summit, Johnson pointed to several instances in which production of the Surface line took input from female engineers and developers to make a product that could be handled by both men and women comfortably.

As passé as it may sound in this new climate of female-led diversity initiatives, having women with just as much say in the design, marketing, manufacturing, promotion of products as others will help to mitigate products designed for men but ‘sparkled’ or ‘pink’d’ up for women. Johnson’s points are that a company’s culture has to embrace female input, positioning and leadership. Johnson warns that businesses that are slow or fail to understand the ‘emerging’ presence of women buyers could lose out a significant amount of money that women are willing to spend.

The former Qualcomm executive-turned-Microsoft acquisition hitwoman has anecdotally flexed her own purchasing power, helping the company gather a collection of app suites and developers to help promote the company’s cross-platform push. Johnson’s credits go even further than large-scale acquisitions, into seemingly long-term beneficial collaborations with companies such as Android developer and now handset-maker Cyanogen and competing cloud storage solution Dropbox.

As the bell for diversity continues to ring, and change, albeit slowly, also proliferates throughout the halls of industry, the hope is that both male and female buyers will benefit from more thoughtfully designed products in the future. We’re all for it, and hope that Johnson can make some impact in that arena as well.