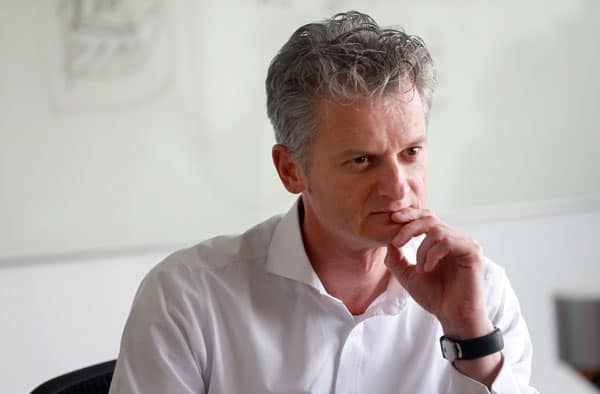 With moves from traditional software sales to a subscription-based model for its most popular products, Microsoft is clearly on a transformational track into becoming a service provider. For that, the company needs people to use its services, and there's no market with more potential in that regard than China with its billion-plus population. Indeed, that market is precisely where one of Microsoft's new core business, cloud computing, is picking up some serious steam, reports ChinaDaily Asia.

Specifically, CEO of Microsoft in China, Ralph Haupter, revealed some nice numbers regarding Microsoft Azure sales in that country. According to Haupter, two years from its launch in China more than 65,000 local corporate customers are using the cloud service brand, a 30 percent increase from the 50,00o of last year despite the slowing economy. Office 365 is also seeing healthy demand in China, with around 10,000 corporate customers and more than 1 million subscriptions purchased.

"Though the GDP growth is slowing down, Chinese companies still need to focus on three points to remain relevant and competitive: innovation, productivity and the return of investments. And cloud computing can help in all of the above three aspects,"

The road is not all roses and sunshine, however: Microsoft face fierce competition from rival Amazon, as well as local heavyweights Alibaba and Tencent, reportedly the reason for the company's recent price reduction for its cloud services this year. Nevertheless, there is great potential in a nascent cloud market like China, and Microsoft is looking to expand its market share by focusing on manufacturing, retail, automotive, media and other industries.

Joint ventures is another way for Microsoft to gain a foothold, one of which--with state-owned IT company Unisplendour--is doing well, with government deals in "more than 10 cities and provinces in China" since September, said Haupter, who is also expecting more near-future progress.

Intel pivots away from the PC, toward the cloud, for future revenue