Microsoft’s fall 2015 lineup of hardware and software has been impressive thus far, with the Surface Pro 4 and Surface Book filling users’ laps and desktop space, as well as the Lumia 950 and 950 XL gracing users’ pockets courtesy of AT&T’s partnership to host the Lumia 950 on its network. We’ve also had the Microsoft Band 2 begin to make its way onto more people’s wrists to give a Microsoft-designed fitness and notification tracking experience for an on-the-go lifestyle. But as Thanksgiving approaches for us here in the United States, Microsoft put together a page to show how users can maximize Thanksgiving productivity and planning using their devices, services, and apps.
The post pins Cortana as a mobile helper, making a bridge between desktop, laptop, tablet, and smartphone. Cortana on Windows 10 for desktops, laptops, and tablets got an introduction a few months back, and has gained even more useful functionality in the recent Version 1511 update to the operating system. And with Cortana on Windows Phone 8.1, and Windows 10 Mobile if you’re part of the Windows Insiders Program or are a proud owner of a Lumia 950 already, you’ll be able to take notes, makes lists, and set reminders on any device and she’ll keep it in the cloud for you to get at when you need it most. Microsoft’s Band 2 is also brought into the Thanksgiving festivities. The band lets you track calories, exercise, and access tips for keeping yourself more in shape over the food-filled holiday.
Microsoft continues on to note the abilities of the latest additions to the Surface family. The Surface Pro 4 and Surface Book are great, as Microsoft points out, for finding the perfect recipe in Edge, saving the page to OneNote, then editing and marking it up with the improved Surface Pen. The new pen, as noted at its launch early in October, has an improved ergonomic design, a digital eraser, as well as four times as many levels of pressure sensitivity (up from 256 levels in the last iteration to 1,024 levels) for more precise input. And, as we know, OneNote syncs content across all devices with the same account logged in, so you can see the marked up recipe while at the store with your Lumia, or even share it with a fellow cook to split the shopping and work in half.
Microsoft even goes as far as to recommend some apps for the cooking-minded, to keep the cookbooks away and introduce new flavors to friends and family. Allthecooks is a great app for finding recipes that average people make every day and share for others to try out in their own community. Users include photos and step-by-step recipe instructions to help others recreate the best recipes from all over the world. Epicurious is great, especially if you have your hands full of turkey, or the turkey is full of your hands. The app lets you use your voice to navigate through recipes, so you just have to focus your manual work on the food rather than the screen. And to round out the suggestions comes So cookbook. So Cookbook offers users over a quarter of a million recipes with clear instructions and a clean beautiful interface. All three are free and available for desktop, laptop, and tablet users, with only So Cookbook not available on smartphones, so whichever device is next to you on the counter, Microsoft can be your co-pilot this Thanksgiving. 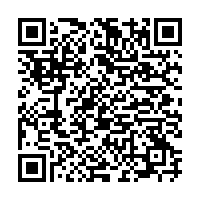