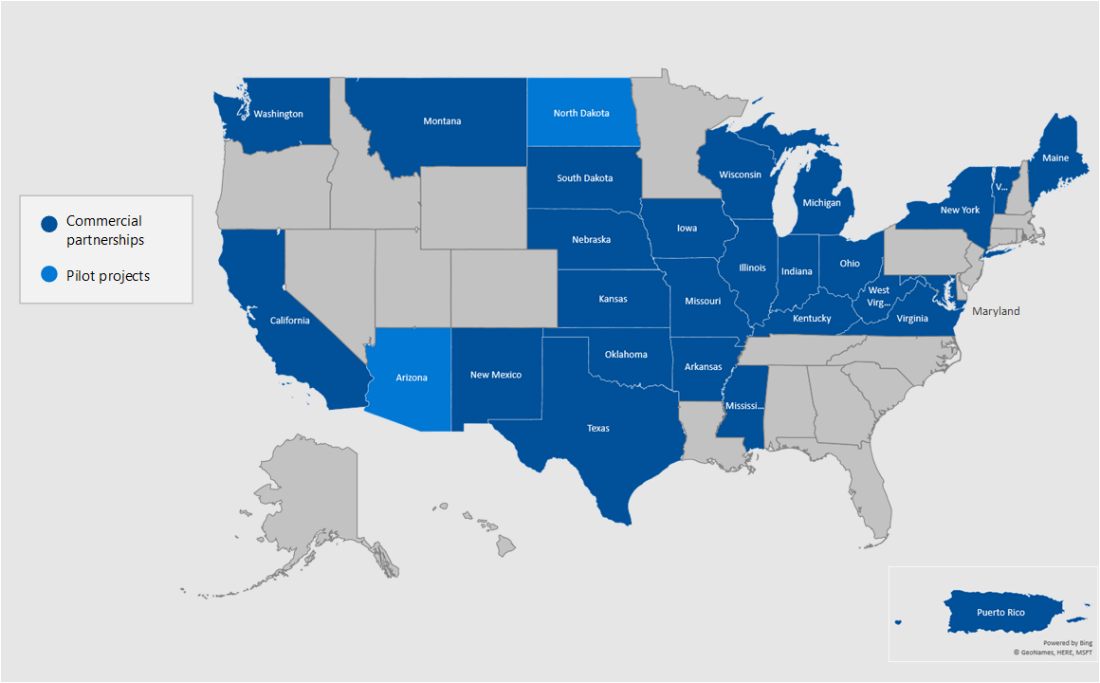 Back in 2017, Microsoft launched an initiative to bring broadband connectivity to the more rural parts of the world, starting first in select US regions with the eventual goal of deploying its efforts to three million people in underserved areas within the United States by 2022. Roughly two years into the project, Microsoft is reporting that the company has reached 50% viability of its goal but notes that "one thing we have learned is that the problem is even bigger than we imagined."

Far from throwing up its hands and calling it a day, Microsoft acknowledges that the broadband gap between more rural parts of the United States versus the more metropolitan areas presents a unique challenge but ultimately a solvable one.

According to the Federal Communications Commission’s (FCC)2019 broadband report, more than 21 million people in America, nearly 17 million of who live in rural communities, don’t have access to broadband.

Part of the issue facing Microsoft in its efforts to expand broadband access are the numbers being reported. According to a recent study published by BroadbandNow, the number of unserved people may look to be almost double the currently reported states. The lack of access to broadband connectivity exceeds 42 million Americans with a majority living in the more rural parts of the country, furthermore, Microsoft's own internal research finds that over 157.3 million people in the US aren't utilizing internet access at broadband speeds.

As we’ve said from the start of the initiative, without accurate data we cannot fully understand the broadband gap. You cannot solve a problem youdon’t understand.More accurate data will help deploy broadband in the places its needed.

While waiting to get a handle on the exact number of people who do not have access to or are not utilizing broadband speeds, Microsoft continues its project and is now reporting that its white noise utilization is up and running in "25 states and one territory, and staging pilot programs in two additional states." On top of their spreading presence in the United States, Microsoft's broadband efforts have touched 633,000 people who previously were underserved by their previous internet access. According to Microsoft's numbers, the 633,000 best the company's expansion in 2018 where it managed to only serve 24,000 people. Microsoft plans an accelerated reach of its broadband project by leveraging its partner's network deployments such as Wisper Internet to its 1 million customers across six states, Watch Communications to 860,000 users, and Sacred Wind Communications 47,000 people off the Navajo lands.

Aside from leveraging a growing list of telecommunications partners, another factor to Microsoft's enthusiasm about expanding its efforts and potentially exceeding its goals comes by way of lowered connectivity costs through TV white spaces devices in general. TVWS connectivity technology prices have dropped YoY by 50% while simultaneously increasing broadband speeds by 10 times as much as before. While not a cure-all for the many issues ravaging ecosystems in rural America, Microsoft is hoping that connectivity will assist its other endeavors such as its TechSpark program, digital skills, and telehealth initiatives to boost job creation and employment in the areas.

Microsoft listed this particular update as an "Annual Updated" so we can presume we'll get another update this time in 2021 where the company's numbers have once again risen across the board, meaning the access to information is further democratized in the U.S.