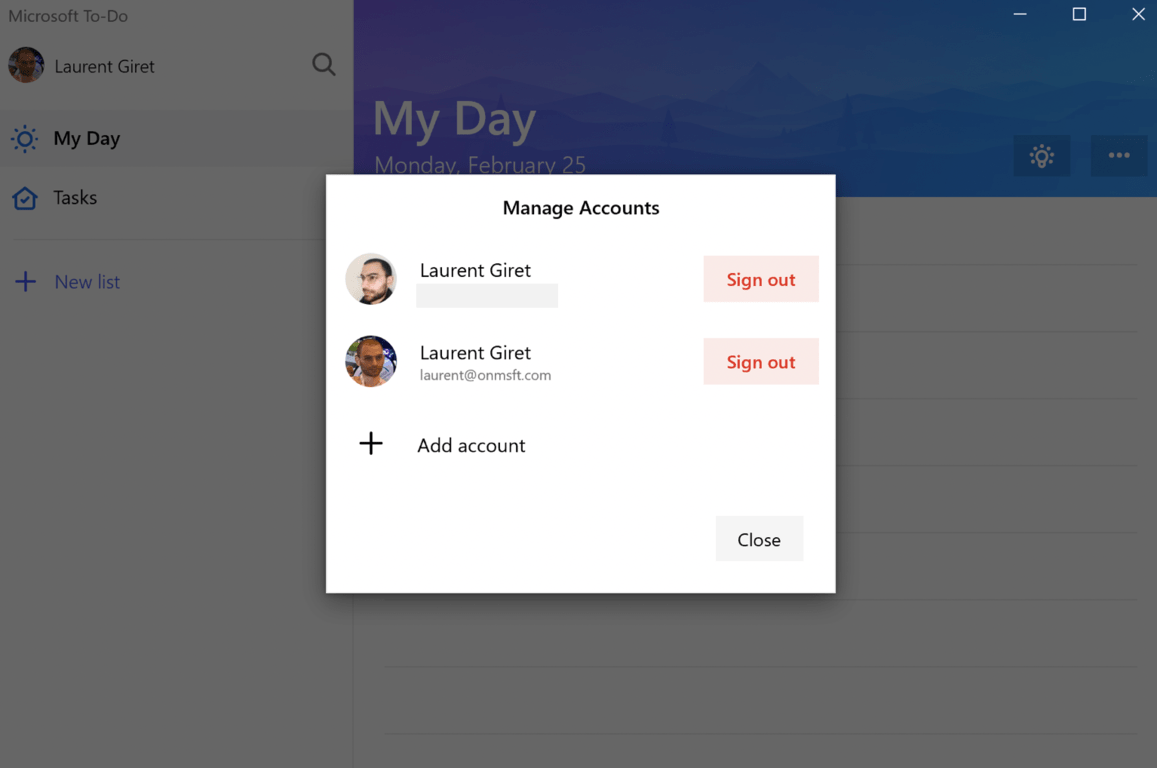 The Microsoft To-Do Android app gained support for multiple accounts a couple of weeks ago, and the same feature is now available on the Windows 10 app. After installing the new version 1.51, you’ll be able to add multiple personal Microsoft accounts in Settings, as well as your Office 365 work or school account.

Multiple account support is now available on Windows! With version 1.51 you can keep your work and personal life separate while easily switching between accounts within the app. pic.twitter.com/mWU2VWWRCZ

The Windows 10 app lets you easily switch between accounts by clicking on your profile picture on the top left corner of the app. Unfortunately, it’s not possible yet to have one combined view that brings together all of your lists across different accounts, but the Microsoft To-Do team is open to feedback and this may eventually come in the future.

Microsoft has been iterating fast on its new task manager app, and many new features are in the pipeline, such as flagged email integration. Briging flagged emails as tasks is currently one of the top requested features on the Microsoft To-Do uservoice website, and the team confirmed yesterday that it's "on the way."

Updated February 26: We initially wrote that Microsoft had just opened up testing for flagged email support, but this was inacurrate. "Like our other new features, we will ship it to Insiders first," the Microsoft Team said to us. We apologize for the error.

The Lenovo IdeaPad S540 is an afforable 'everyman' PC