Microsoft released yesterday a brand new task management app called To-Do, which is set to replace Wunderlist in the near future. The new to-do list app is currently available in preview on the web, Windows 10, iOS and Android and we really invite you to give it a try, especially if you're a Windows 10 Mobile user that miss having access to Outlook tasks.

As you may know, Windows Phone and later Windows 10 Mobile never resonated with consumers, which is why Microsoft's mobile OS is now mostly aimed at business users. However, Windows 10 Mobile still does a poor job at supporting some basic features out of the box Here are just two examples:

For those unfamiliar, Outlook tasks are an easy way to create to-do lists if you have an Outlook.com or Office 365 account. They can be much more useful than Cortana reminders, especially since Cortana is still only supported in select markets. And unlike Cortana reminders which are buried under an hamburger menu, you can access Outlook tasks from the web or the Outlook desktop app: this last one also lets you see tasks from different accounts all in one place, which is very handy. 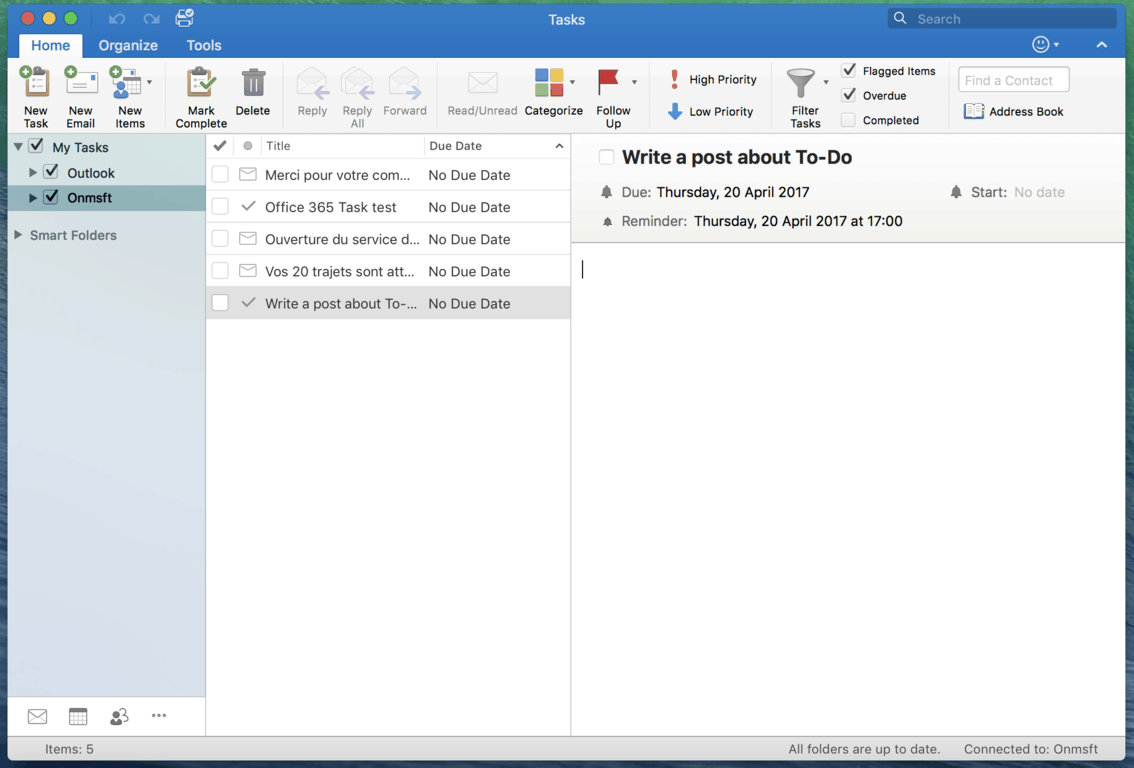 But back to Windows 10 Mobile: Outlook tasks are currently not supported out on the box on the mobile OS, but you can finally  access them via Microsoft's To-Do app. There is a catch though: it's currently not possible to log in with more than one Microsoft account at a time, which means that you can't use it to manage Outlook tasks from both your personal Outlook.com account and your Office 365 account (you could do this on Windows Phone 8.1 with the native calendar app).

Anyway, if Windows 10 Mobile is your daily driver, Microsoft To-Do is a must have. We hope that Microsoft will add support for multiple accounts in the future, and it would also be nice to have some integration with Cortana. For now, you can't see Cortana reminders in Microsoft To-Do, and it's also not possible to create to-dos in the new app using the digital assistant. Microsoft can probably figure out some synergies between both services.

Do you use Outlook tasks, and are you happy to finally be able to manage them on Windows 10 Mobile? Let us know if you plan to use Microsoft To-Do on your Windows phone.

Xbox Game Pass to end Insider testing next week, getting "close to launch"