Microsoft to changes how it pushes Windows 10 updates starting with the May 2019 update - OnMSFT.com Skip to content
We're hedging our bets! You can now follow OnMSFT.com on Mastadon or Tumblr! 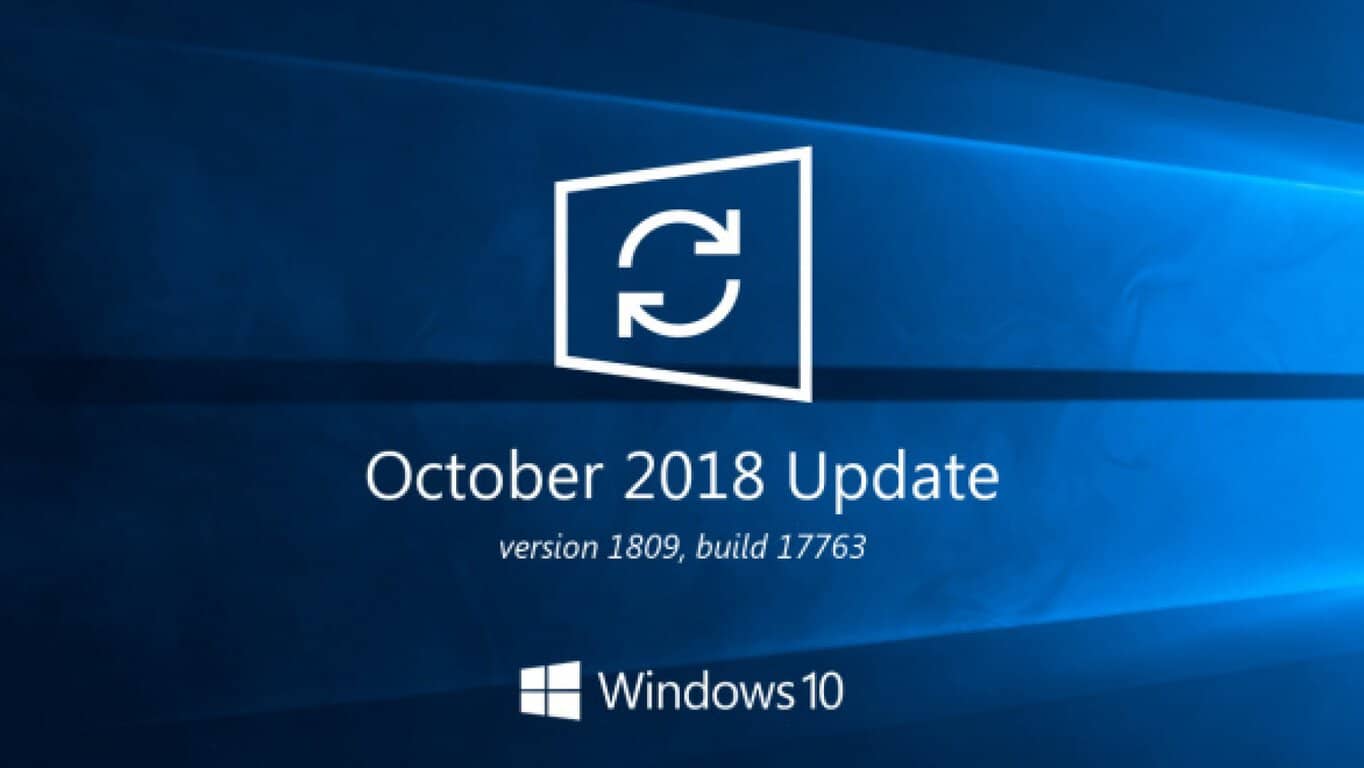 In an effort to be more transparent, Microsoft is yanking the reigns on its automated Update process.

The Windows Update system has been a topic of contention between users and Windows engineers for some time. One faction wants to mitigate the complaints of a poor user experience by preempting changes and improvements to the operating system while the other faction simply just needs the OS to operate 'as is.'

Rather than continue to fight an uphill battle, the Windows team has announced today that as they looks to improve the Windows 10 update experience, they will be doing so by giving users more control.

Beginning with the Windows 10 May 2019 Update, users will be more in control of initiating the feature OS update.  We will provide notification that an update is available and recommended based on our data, but it will be largely up to the user to initiate when the update occurs.  When Windows 10 devices are at, or will soon reach, end of service, Windows update will continue to automatically initiate a feature update; keeping machines supported and receiving monthly updates is critical to device security and ecosystem health.  We are adding new features that will empower users with control and transparency around when updates are installed. In fact, all customers will now have the ability to explicitly choose if they want to update their device when they “check for updates” or to pause updates for up to 35 days.

With May 10, 2019 marking the date Microsoft's Windows team will be giving users more control over their updates, let's go over the new tools at users disposal. 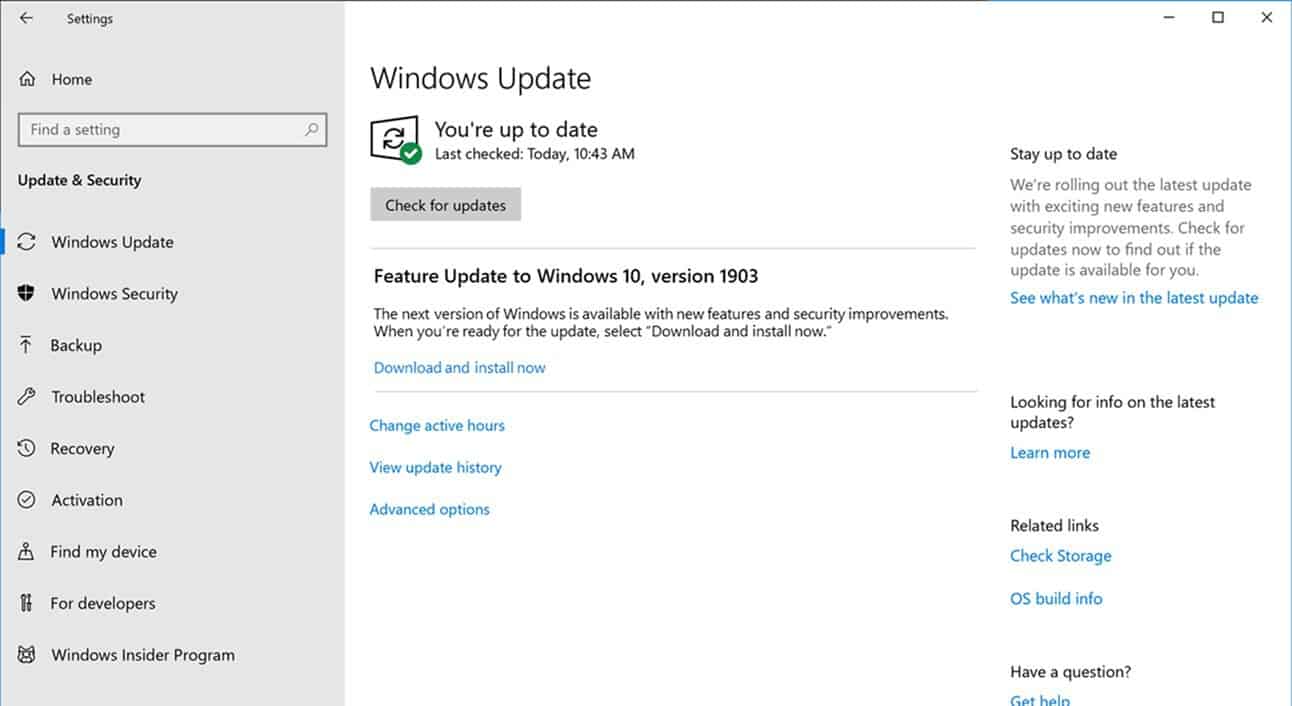 While this new stance towards Windows 10 Updates do not offer users a permanent VETO button on the entire update process, it does offer several ways for users to prevent updates from disrupting their most busiest workflows.

Other Windows Update considerations include prioritizing and expanding the role of the Release preview Ring for Insider builds.

During this period, we are significantly expanding interaction with our ecosystem partners, including original equipment makers (OEMs) and independent software vendors (ISVs), which should help improve initial quality across a variety of devices, hardware and software configurations.

Not only will OEM's be widening their testing scope but will also be encouraged to do so on their personal devices to help Microsoft accrue more real-world multi-configured data points.

New label criteria have also been rolled to aid in the Windows teams use of ML modeling to better differentiate devices. The broader scope of this implementation is to, "predict the individual label criteria (e.g., rollback, operating system crash, application issues, etc.) related to the update experience as well as the full collection of criteria to improve our ability to accurately predict and troubleshoot issues."

Lastly, users will now gain access to public dashboard of Windows 10 Update information that will be adjusted in near "real-time". The Windows release health dashboard will be publicly available at the end of April and in preparation of the upcoming Windows 10 May 2019 Update. 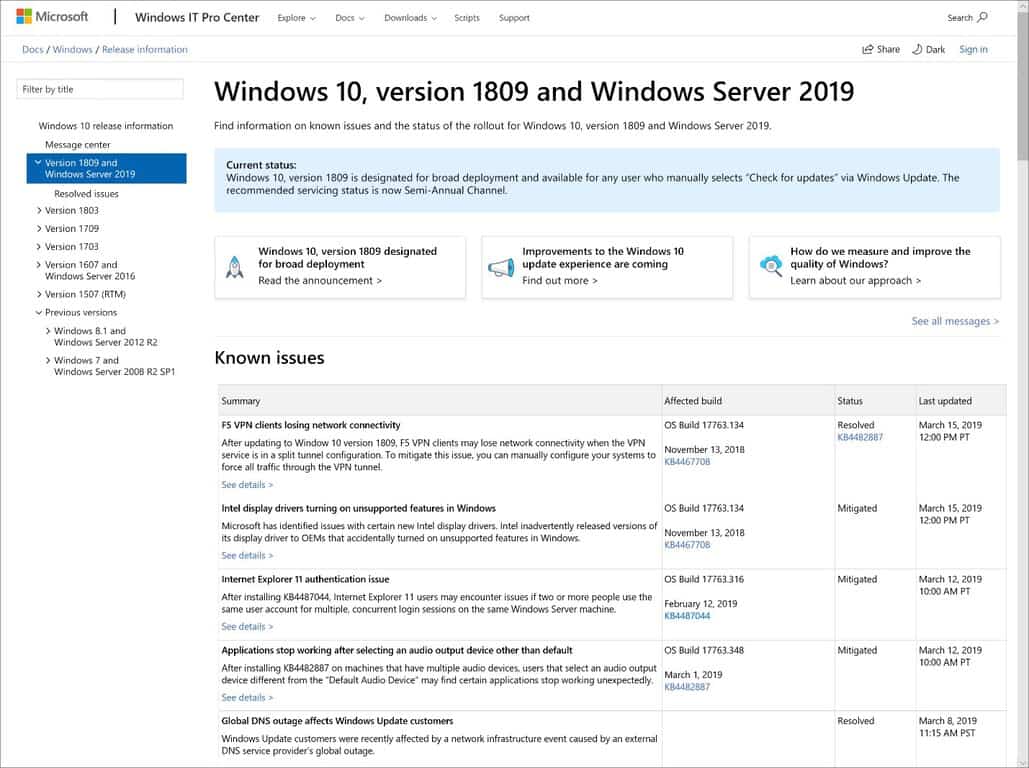 Present in the dashboard will be information about each Windows 10 version, announcements, blog posts, service and support update details and other news, according to Microsoft.

While the Windows as a Service (WaaS) experiment has been a rocky endeavor for some, the growing pains appear to be pushing the Windows team in a direction that better supports is most casual and rabid user base.

Microsoft releases build 18362.30 for both Fast and Slow rings as 19H1 heads to the newly expanded Release Preview