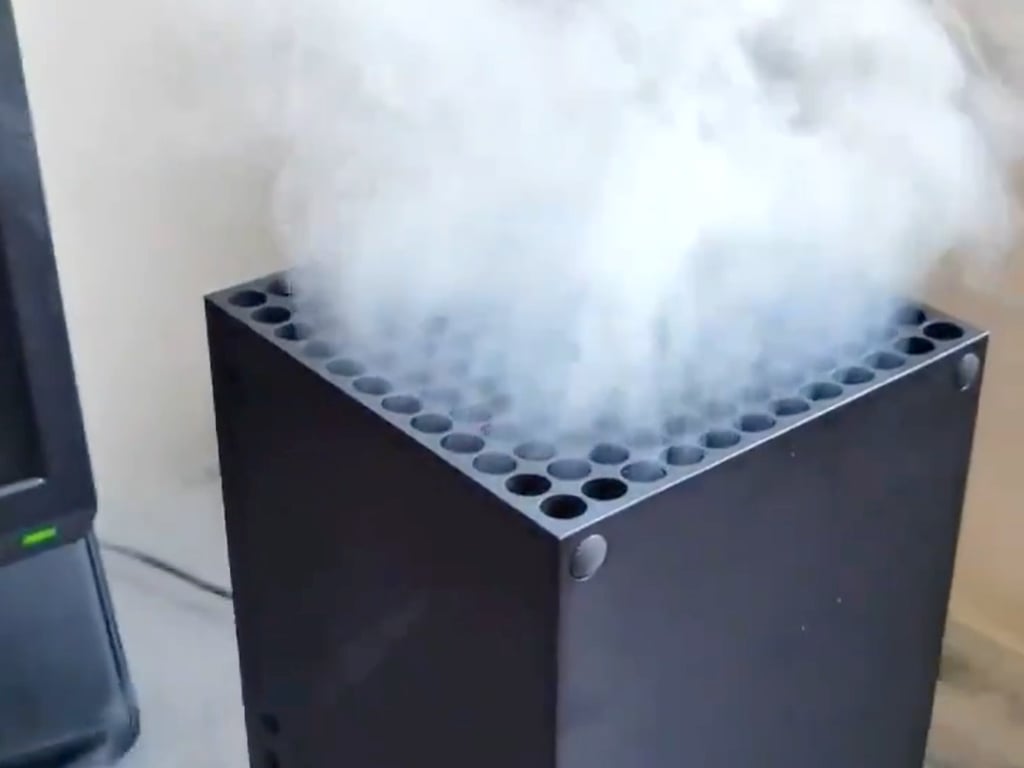 With the launch of Microsoft’s new Xbox Series X console earlier this week, there’s been a bizarre trend on social media of vapers blowing smoke into the system and claiming that it’s overheating, others blowing vape smoke into it just to see what all the buzz is about, and an unfortunate combination of the two with people taking footage of vapers having fun and claiming that they’re proof of major Xbox Series X defects.

Here’s one such tweet that I spotted earlier this morning:

Noticing the viral nature of these clips, Microsoft responded directly with a tweet from the official Xbox account advising Xbox Series X owners not to blow vape smoke into their new consoles. This was a smart idea as not only will this advice prevent new consoles from being damaged but it also informs casual gamers that the viral clips don’t actually show smoke caused by overheating.

We can't believe we have to say this, but please do not blow vape smoke into your Xbox Series X.

Have you seen any of these vape smoke clips circulating online? Let us know in the comments below and then follow us on Twitter and Pinterest for more Xbox news.