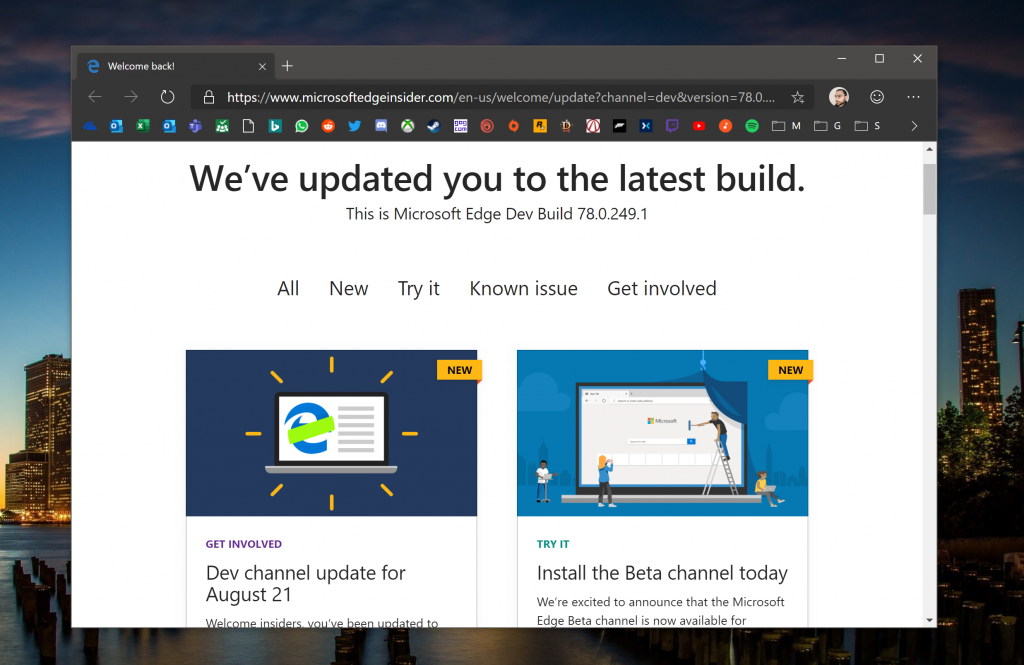 We'll be starting first with the new features and reliability improvements. Importantly, Microsoft is now bringing native ARM64 support to the Dev channel today, with the caveat of certain DRM video on websites not playing properly. As you may recall, ARM users only previously had access to a native version in the Canary channel.

On top that is new support for Dolby Vision playback and a new ability for users of Windows Mixed Reality to view 360° videos on VR headsets. The reliability has also been improved for when opening PDFs, and using the Collections feature. Have a look below for the full list of changes:

In the changelog of today's release, Microsoft's Josh Bodner also teased some new features coming ahead in the new year once new releases resume. These include a new "pinning wizard" which will appear in the Task Bar and suggest for you to pin the most frequently visited websites. Here are some other new features coming soon.

Microsoft also reminds users that in this release, favorites sync will be disabled by default. It is recommended for you to manually export favorites as a file, and import them manually. The company says it is working on on a deduplication mechanism once favorites sync is re-enabled, which should prevent new duplicates from coming in. You can check below for some new known issues and changed behaviors, and check out the full list here.

In related news, the Microsoft Chredge browser will officially be coming out of beta next month on January 15. Microsoft will also be shipping out the browser through Windows Update to all users running the Windows 10 April 2018 update or newer.