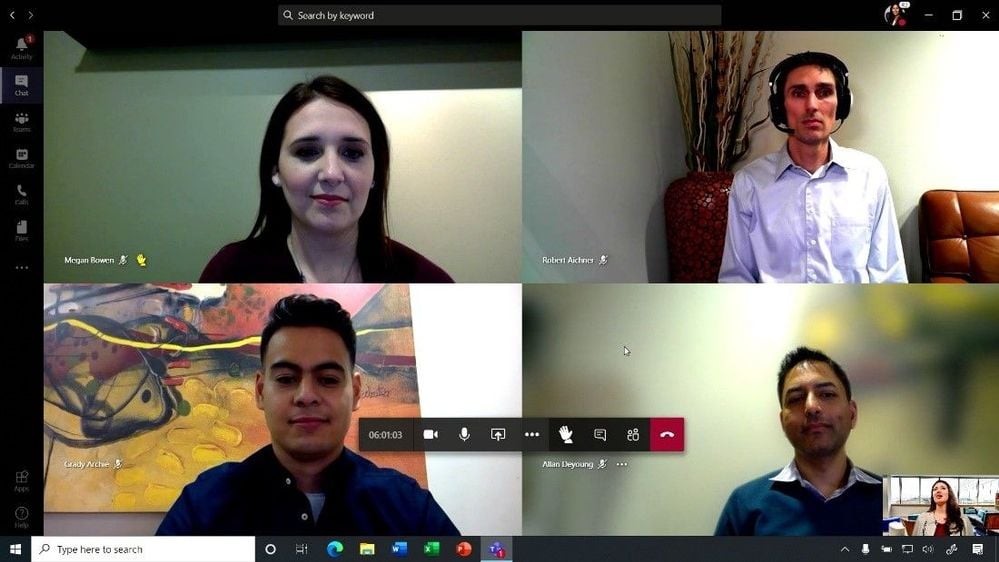 The ongoing coronavirus pandemic led to increased competition between Microsoft Teams, Slack, and the video conferencing app Zoom. The latter clearly outshined Microsoft’s own Skype app due to a killer feature: the ability to display up to 49 participants in a single screen of the gallery view.

Microsoft recently updated Teams and Skype to make them display up to 9 thumbnails during video calls, but Microsoft Teams will soon match Zoom’s ability to show up to 49 participants at a time. Jared Spataro, CVP of Microsoft 365 announced the news to the Wall Street Journal, though there’s no ETA for this feature yet.

If Microsoft will likely keep iterating fast on Microsoft Teams in the coming months, The WSJ report included other interesting details about Microsoft’s attempts to outclass its Slack and Zoom rivals. As an example, Microsoft reportedly sent a team of 50 staffers to help the New York School district, which was already an Office 365 customer, transition from Zoom to Microsoft Teams.

A team of 50 Microsoft staffers worked around the clock with administrators and teachers across New York’s school district, the nation’s largest, to convert them to Microsoft Teams, the company’s rival conferencing and collaboration software. Microsoft also gave the district expedited access to features that made Zoom so instantly popular, such as the ability to show more people on the screen at once and a raise-your-hand button. Microsoft counted more than 110,000 Teams users inside the district a month later, when the department allowed Zoom access again.

Slack's CEO recently complained that Microsoft was "unhealthily preoccupied with killing us," though really Microsoft isn't the first company to copy a popular feature from a competitor. Facebook infamously copied Snapchat's popular Stories format after failing to acquire the company a couple of years, and this wasn't the end of Snapchat. However, Microsoft's key advantage with Teams is that the app is bundled with several Microsoft 365 subscriptions, so commercial customers already using Office 365 apps have no reason to use Slack or Zoom when they have a free, versatile alternative with Microsoft Teams.

Outlook for Windows is getting a cloud syncing option this month