In August, Microsoft announced that a new feature would come to Microsoft Teams to let users transfer active meetings across devices. If the feature started rolling out last week, and it’s now generally available for all Microsoft Teams users, according to the Microsoft 365 Roadmap.

Microsoft says that Teams users should be logged in with the same account in order to transfer a meeting between a mobile device and a computer. Moreover, the update also brings the ability for meeting attendees to add another device as a companion to their ongoing meeting.

To use this feature, you need to have the Teams app installed on both devices. Here’s how you can transfer a meeting from one device to another or add a companion device:

Note: If you have selected the “Transfer to this device” option, you will see an additional prompt confirming that your meeting has been transferred. 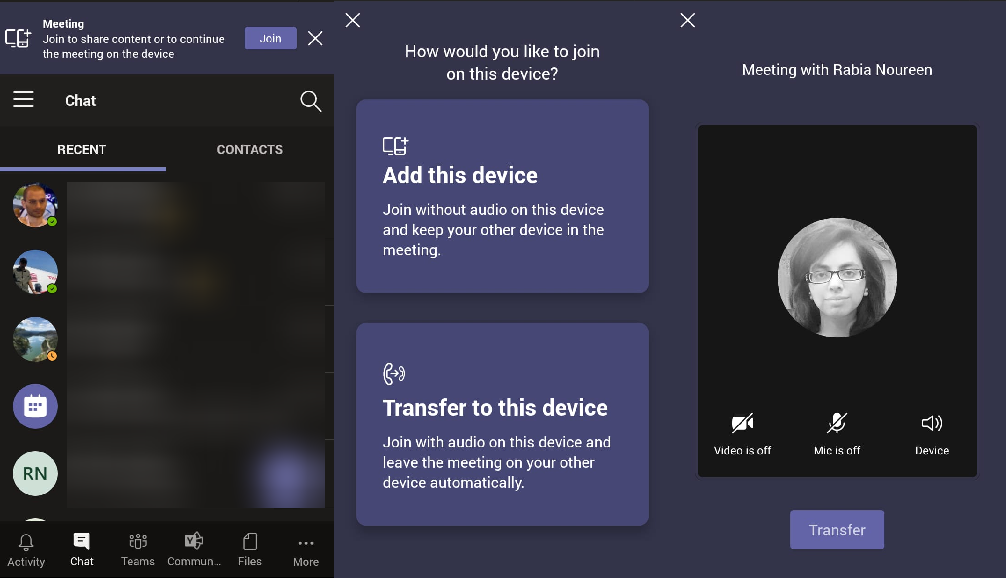 If the new functionality makes it easier for users to switch between devices on the go seamlessly, this feature has limited functionality right now. Some users reported that the Teams app doesn’t keep the muted status when transferring between devices. If you’re also affected by this issue, we invite you to provide your feedback on the Teams UserVoice website.