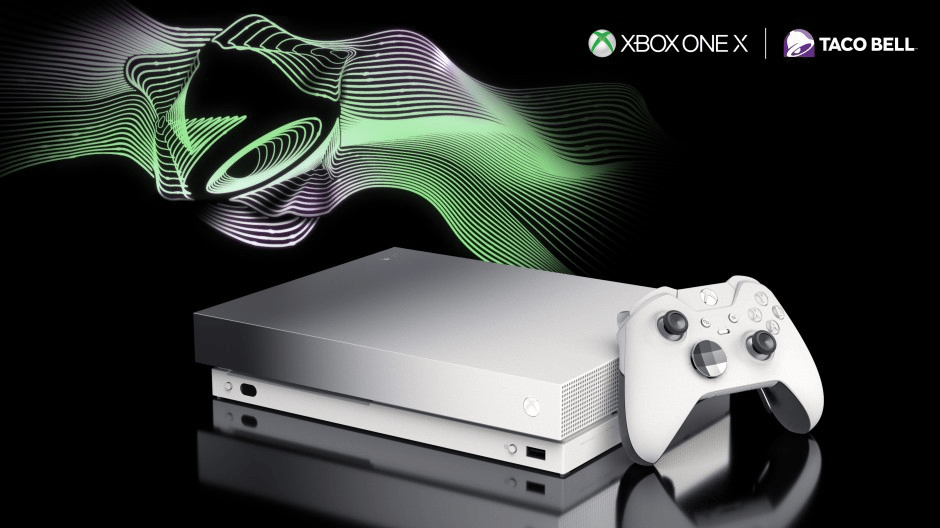 Taco Bell has partnered with Microsoft to create a special limited-edition platinum Xbox One X consoles which feature the fast food joint’s iconic bell noise upon the console’s boot. Starting tomorrow, customers of the fast food joint can participate in their limited-time contest to win the console, which comes with a White Special Edition Xbox Elite controller, plus a three-month subscription to both Xbox Live Gold and Xbox Game Pass.

Those who wish to enter can do so by buying the joint’s limited-time $5 Chalupa Cravings Deal. Inside the box, the customer receives a printed code, which can be sent via text to the phone number listed in the rules. The company says that a customer wins once every 10 minutes on average, and the promotion is here until November 21 (two days before Black Friday).

The Xbox One X is Microsoft’s latest and top-of-the-line console that plays Xbox One X Enhanced games in 4K and HDR. The console comes with 1 TB of storage and a built-in 4K-capable Blu-ray player. The limited-edition platinum edition is a slight variation of white version released a couple months back.

Will you be participating in the Xbox promotion? Let us know in the comments below.

How-To: All about Bluetooth on Windows 10