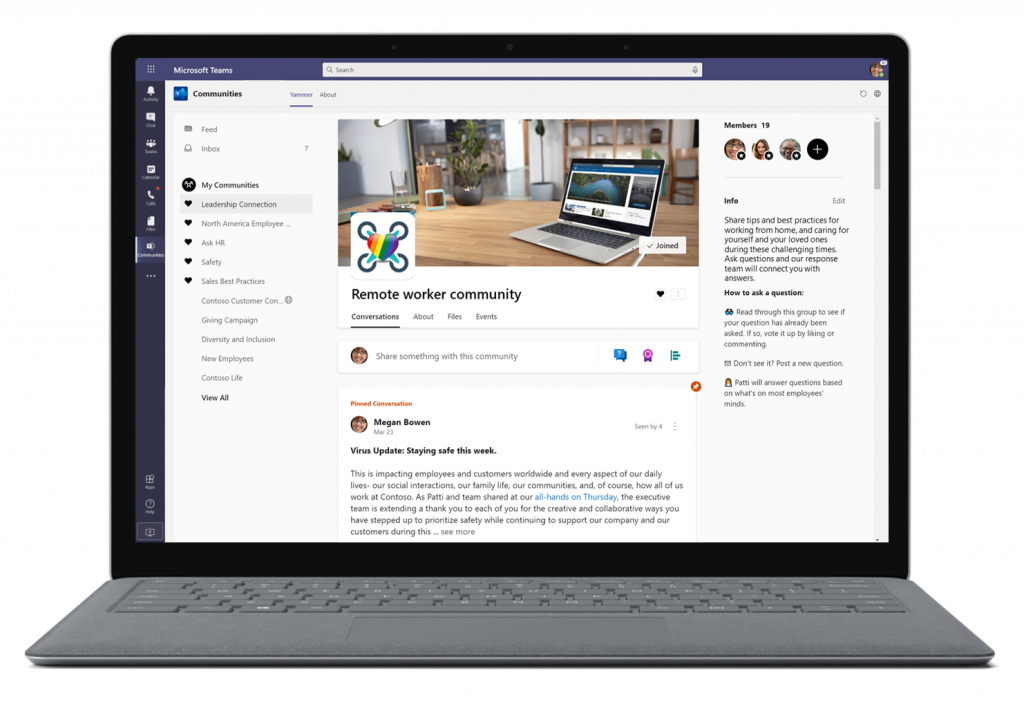 Yammer, the enterprise social networking service that Microsoft acquired back in 2012, received a fresh coat of paint last November. During Microsoft’s Ignite conference, the company also announced a new Yammer app for Microsoft Teams called “Communities,” which would bring Yammer communities and conversations right within the team collaboration hub.

This Yammer Communities app is now available starting today in the Teams App Store, and it can be pinned to the app’s left sidebar for quicker access. For now, the app is only available on the desktop and web version of Microsoft Teams, though Microsoft plans to bring it to the Teams mobile apps for iOS and Android as well.

"The new Yammer app for Teams keeps everyone connected to what’s happening in their communities conversations, share announcements, attend live events, and connect with coworkers just as you would in the Yammer web or mobile apps,” explained Murali Sitaram, General Manager, Yammer and Office 365 Groups. It was already possible for Microsoft Teams users to add a Yammer group as a tab in a Teams channel, but thanks to this new Yammer Communities app, access to the full Yammer experience is just one click away.

"By bringing Yammer into Teams, we want to make it easier for leaders and communicators to quickly and effectively communicate with their teams and organizations, even when they need to work apart. We’ll continue to create a more seamless Yammer communities experience within Teams, including unifying notifications and search and bringing the Yammer app to Teams mobile," Sitaram said today.

Minecraft for Windows 10 RTX : How to get the Beta (Video)