Last month, Microsoft announced that new on-demand translation capabilities would come to Teams channels on mobile devices. The feature began rolling out to both Android and iOS users a couple of weeks ago, and it's now generally available for everyone.

The Microsoft Teams mobile apps already allow users to translate private chat messages. This release expands the translation functionality to channels, allowing users to translate posts and replies in another language into their preferred language. This feature could be handy for people who work with remote teams, and it should help facilitate collaboration across the globe. 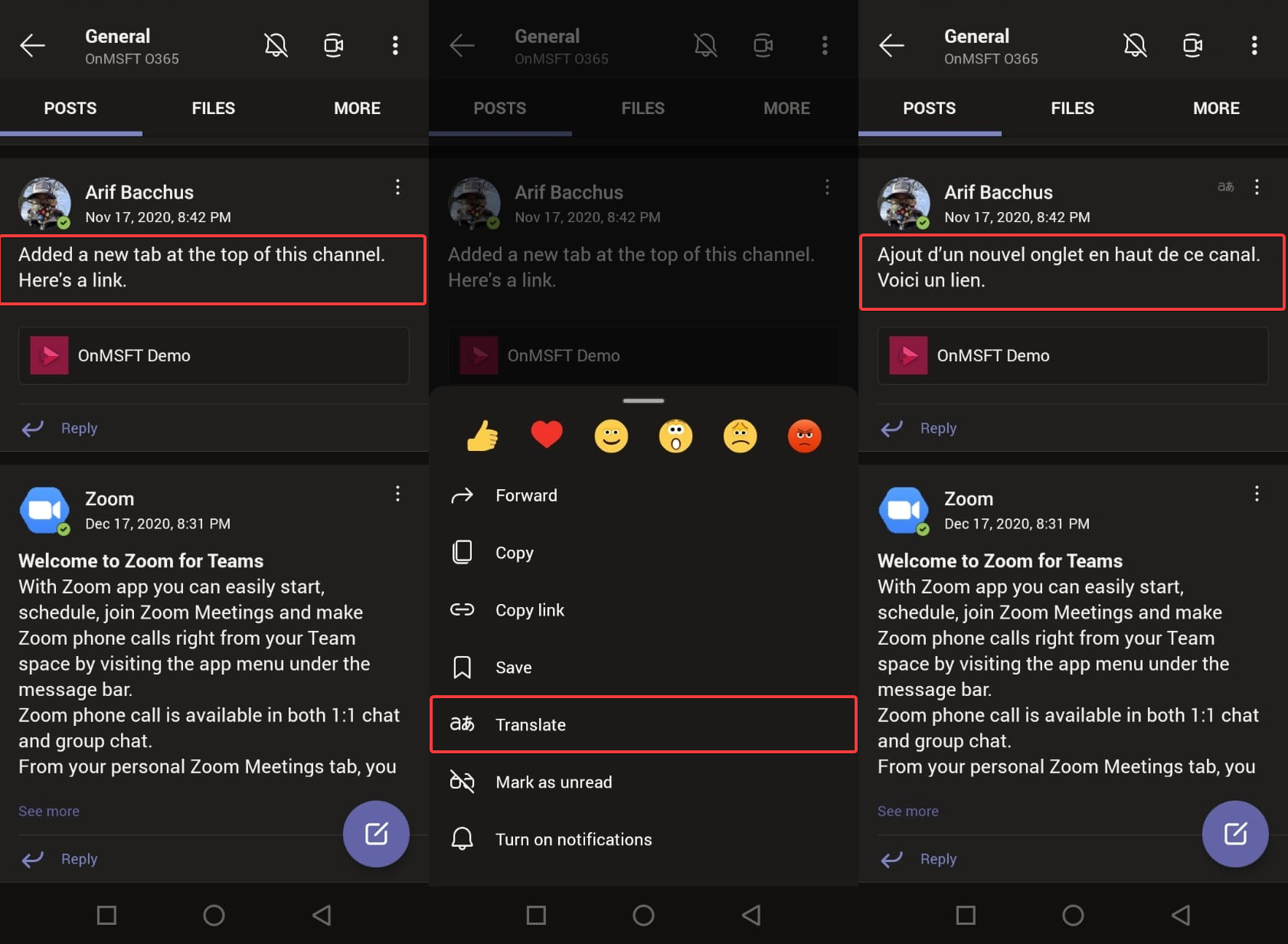 To translate a channel message, users will first need to turn on the Translation option through Settings. Once enabled, press and hold the message received in another language and then select “Translate,” as shown in the screenshot. The app will instantly translate the message into the users’ preferred language. However, they can also revert the translated message to the original language by selecting the message and then tapping the “See original (language)” option.

Currently, the on-demand translation experience in Microsoft Teams supports more than 70 languages, including Chinese, French, German, Korean, and Hindi. You can find the full list of supported languages on this page. The feature is enabled by default for all users, and Office 365 Admins will need to disable it manually. Let us know in the comments down below if you have spotted this feature on your phones.

How to change your taskbar, notification center, and quick settings like a pro on Windows 11