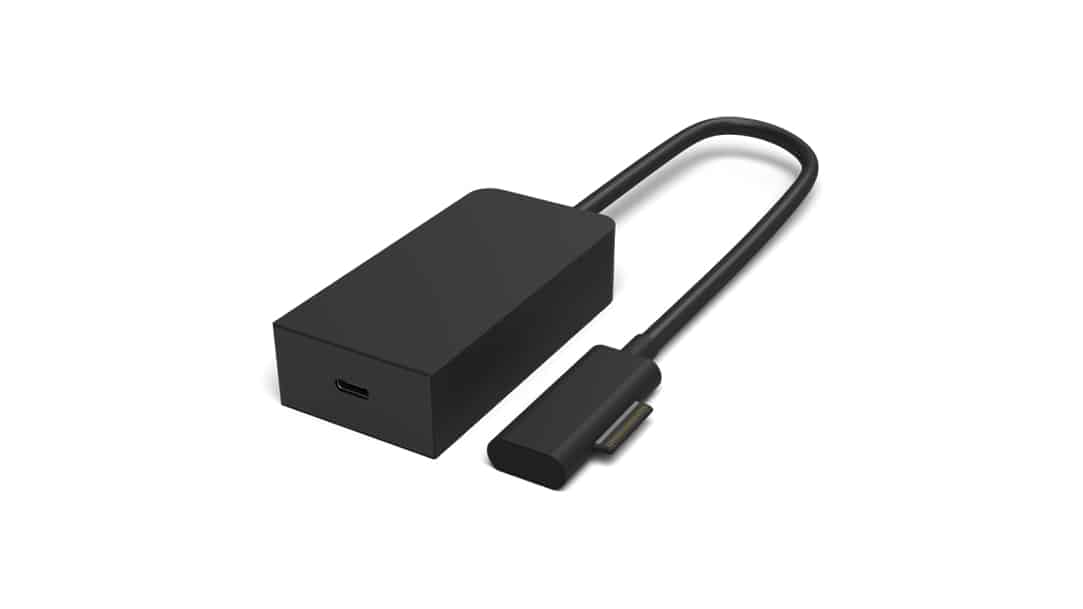 Last year, when the Surface Laptop and Surface Pro launched, consumers were upset that there were no USB-C ports on the devices. This later caused Microsoft's Panos Panay to announce that the company would appease USB-C lovers and ship a dongle at a later point. Well, the moment has finally arrived, as The Verge reports that a Microsoft Surface Connect to USB-C adapter is finally coming to commercial customers on June 29th, with a price tag of $79.99.

Microsoft provides a description of the dongle on the Surface Pro web page, saying that it "attaches to USB-C docking solutions with expanded connectivity to external displays, power, and more." Importantly, though, there is a footnote which mentions that display output and data output capabilities are dependent on the USB-C docking solution used. It also looks as though it requires an external power source with a minimum power output of 27W and 12V to provide any connection to displays.

Overall, Microsoft's Surface USB-C adapter looks to be rather bulky and expensive compared to other USB-C dongles on the market, likely due to the Surface Connect port. There's no word on when it will release to consumers, but as things have gone with the Surface Pro LTE in the past, Microsoft could likely start selling it directly to consumers soon.

Microsoft patents suggest HoloLens v 2.0 will have a better field of view