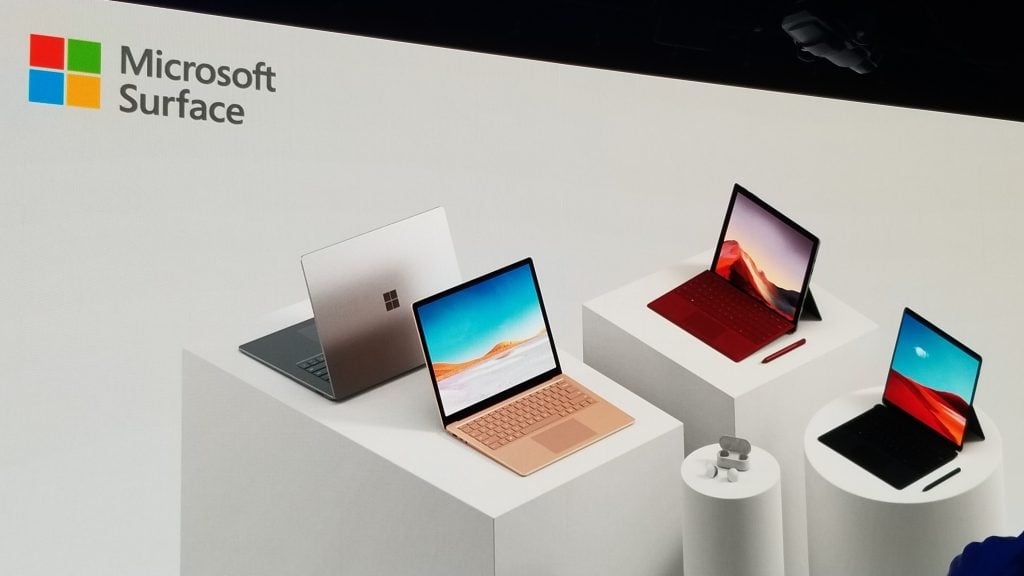 Microsoft has announced the launch of the latest lineup of Surface devices in India, including Surface Pro X, Surface Pro 7, and Surface Laptop 3. The lineup was announced in October 2019, and the devices went on sale in the following month in the US and some other markets.

The Surface Pro X will be complemented by accessories like the new Surface Pro X Signature Keyboard and the Surface Slim Pen. You can also pick a Signature Type Cover, Surface Arc Mouse, and Surface Pen for your Surface Pro in several color variants - Ice Blue, Poppy Red, Black, and Platinum.

Microsoft India has mostly delayed the launch of Surface devices in India with respect to global availability but has been trying to make slow amends in that direction, as well as launching more SKUs and color variants (still not all!). Surface Pro X is also the first LTE Surface device to be launched in India. In the past, the Surface Pro devices with LTE support never made it to India, although there is no non-LTE Surface Pro X.

While the company skipped the first two generations of Surface in India, Surface Pro 3 and Surface Pro 4 were launched together in India in January 2016. The latest generation Surface Pro (2017) – at the time – which went on sale in the US in June 2017 was launched in India only in early 2018. In August 2019, Microsoft announced the launch of the extended Surface family of devices in India – the Surface Book 2 and the Surface Laptop – and in December, launched the new Surface Go.

The Surface Pro X will be available in a single configuration - 8/128GB LTE – in Matte Black color variant only, priced at ₹98,999. 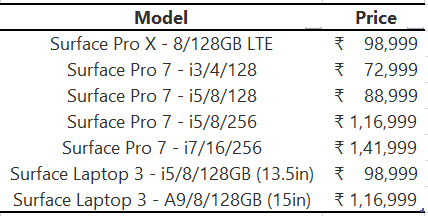 The Surface Pro X, Surface Pro 7, and Surface Laptop 3 are available will be available in India via online stores – Flipkart and Amazon – as well as select retail stores like Reliance, Vijay Sales, and others. The sale and availability might be affected though because of the prevailing lockdown situation in the country due to the COVID-19 outbreak as well as restrictions on e-commerce.

The devices will also be available for commercial and enterprise customers through authorized resellers.