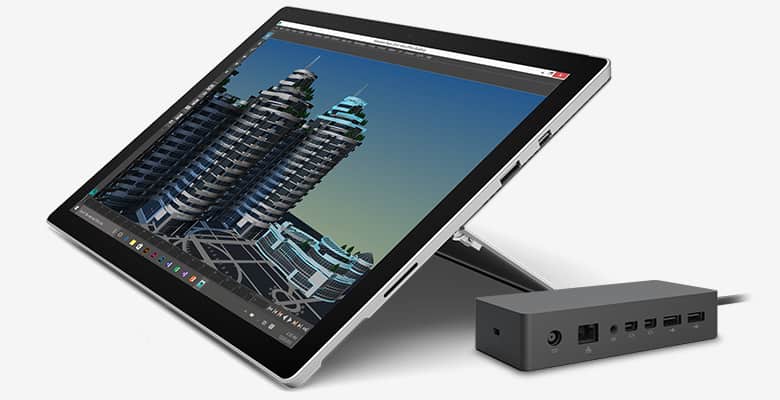 Microsoft will soon allow Surface Pro X owners to update the firmware on the company’s Surface Dock. As of today, the Microsoft Surface Dock Firmware Update isn’t compatible with the ARM-based Surface Pro X, though the dock itself does work with the new Always Connected tablet.

Upon conclusion of additional engineering work required to enable updating of ARM64 processor-based components, a new version of Microsoft Surface Dock Firmware Update will be released within the coming weeks. In the interim, Surface Dock will still run with Surface Pro X, the company explained on the Surface IT Pro blog.

Microsoft’s Surface Dock is one of the oldest Surface accessories out there, and it was announced back in 2015 along with the Surface Pro 4 and Surface Book. The dock includes a Gigabit Ethernet port, a headphone jack, 2 Mini DisplayPort ports, and 4 USB 3.0 ports. As it uses Microsoft’s proprietary Surface Connect port, it’s compatible with all Surface devices released after Surface Pro 3.

At $199, the Surface Dock remains good value, but it's probably due for an update after all these years. However, Microsoft has been notoriously slow to embrace new ports like USB-C, and the latest Surface devices all skipped Intel's top of the line Thunderbolt 3 connectivity standard.