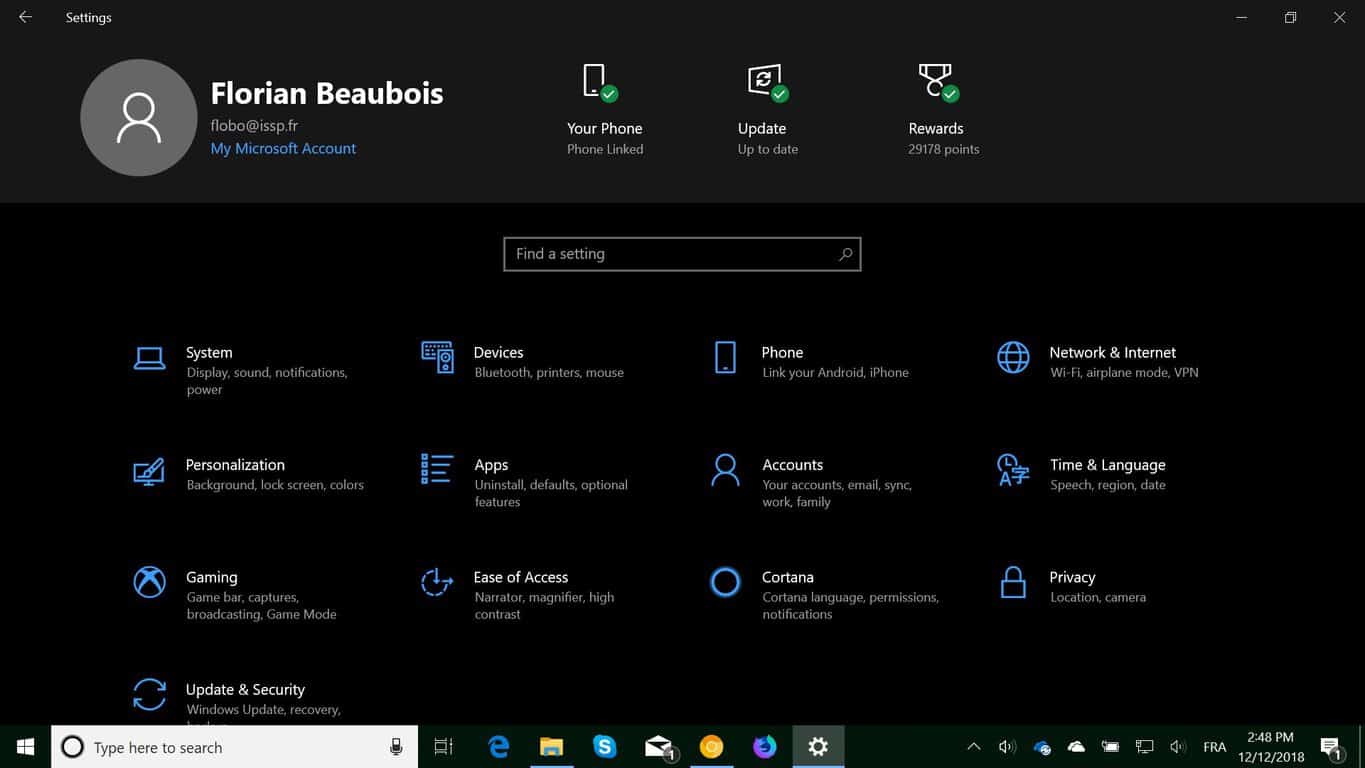 Microsoft has quietly started testing the addition of a new header in the Windows 10 Settings app. Microsoft watcher Florian B spotted the new design today on one of his PCs running the latest 19H1 build 18298, and Microsoft is apparently doing some A/B testing with this new design.

Interestingly, Florian B saw two versions of the new settings header in just a couple of minutes. The first one only had his MSA account on the left plus two shortcuts to Windows Update and Phone Settings, while the second version added a Microsoft Rewards counter that opens the web dashboard when you click on it.

Unfortunately, we’re not seeing this new header in our own Insider machines, so the pool of testers could be very limited. It also looks like Microsoft is able to push changes on the fly without users having to update or reboot their machines, so this new header could well evolve to get even more shortcuts. It's not clear yet if you need to have the latest build 18298 to see this new header, but you likely need to be a Fast Ring Insider with a recent build to get the chance to see it.

Did you also notice the new header in Settings on your Insider PC today? Let us know in the comments below.