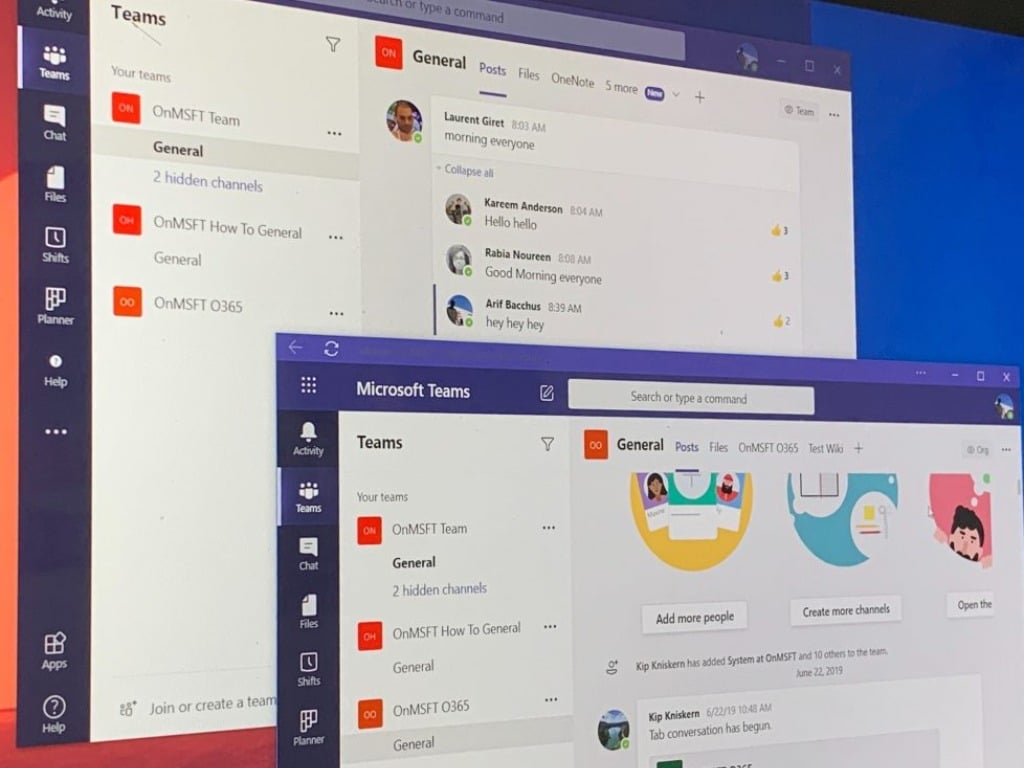 Last month, we reported that Microsoft is working on a new feature to better separate new conversations from thread replies in Teams channels. In a new post on LinkedIn, Vincent Bellet, a Principal PM Manager at Microsoft, announced that they have started rolling out a "New conversation" button into Teams Channels experience.

"Our challenge was to fix a clear usability issue without bringing any friction for content creators and people willing to engage by responding to a message. We spent a lot of energy to find the right balance between qualitative and quantitative feedback to get to today's milestone. I am very excited to introduce this change worldwide, hope you will welcome this change too!," Bellet explained.

Just as a reminder, the initial UserVoice request was posted on the UserVoice forums in May of 2017, and 9,457 Microsoft Teams users upvoted the suggestion since then. Many people agreed in the comments section that an updated UI would be much more valuable to prevent users from starting a new conversation when they intend to reply to an in-line thread in Teams channels.

The New conversation button, which replaces the "Start a new conversation" text field, should improve the usability of the Teams collaboration platform. To be clear, the change is gradually rolling out to a small pool of Microsoft Teams users first, and it should be live for the rest of the userbase in the coming weeks.