Microsoft shows up at Apple's WWDC 2019 via Minecraft Earth demo - OnMSFT.com Skip to content
We're hedging our bets! You can now follow OnMSFT.com on Mastadon or Tumblr! 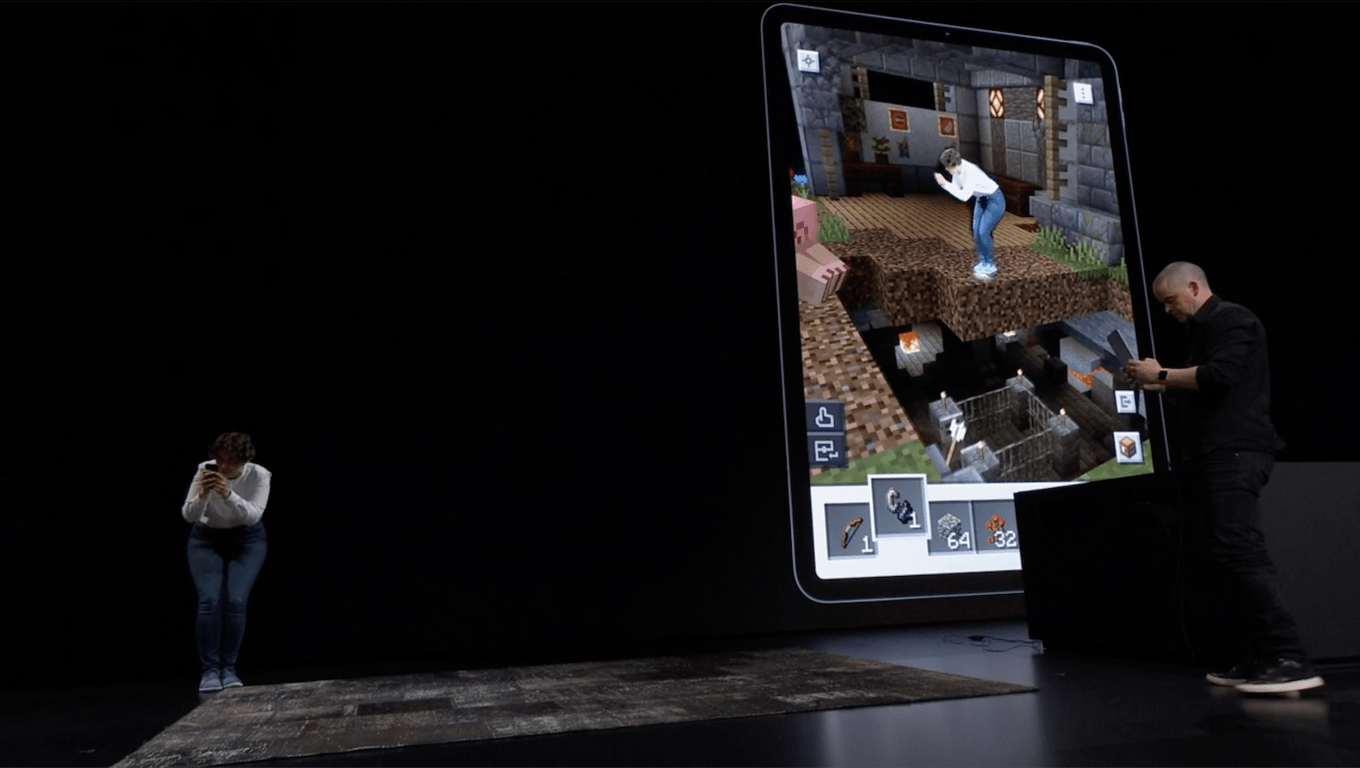 Over the past couple of years, Microsoft and Apple have had some complimentary appearances during one another's keynotes as the world of tech expands beyond territorial ecosystem posturing for the two companies.

Today, at Apple's yearly developer conference WWDC, a handful of Microsoft's software and services made a few cameos but none as near headline breaking as that of a recent Microsoft purchase, Minecraft. As Apple discussed its software improvements for macOS and iOS, the company touted some upcoming tweaks to offer further support of augmented reality by showcasing Mojang's Minecraft Earth game coming to iOS and Android soon.

Unlike the Microsoft demo of the AR-based 8-bit game shown at its developer conference last month, Apple had its own twist by utilizing a new built-in motion capture feature being offered in its iOS and macOS software, alongside some actual gameplay.

Based on the on-stage demo, it appears iOS players will be able to superimpose themselves into the game alongside and engage with the 8-bit characters and objects from the world of Minecraft Earth. According to Mojang, who was brought to the WWDC stage to showcase Minecraft Earth, the new mo-cap implementation will only be available on iOS. If you haven't done it yet, you can sign up for the upcoming Minecraft Earth closed beta on this page.