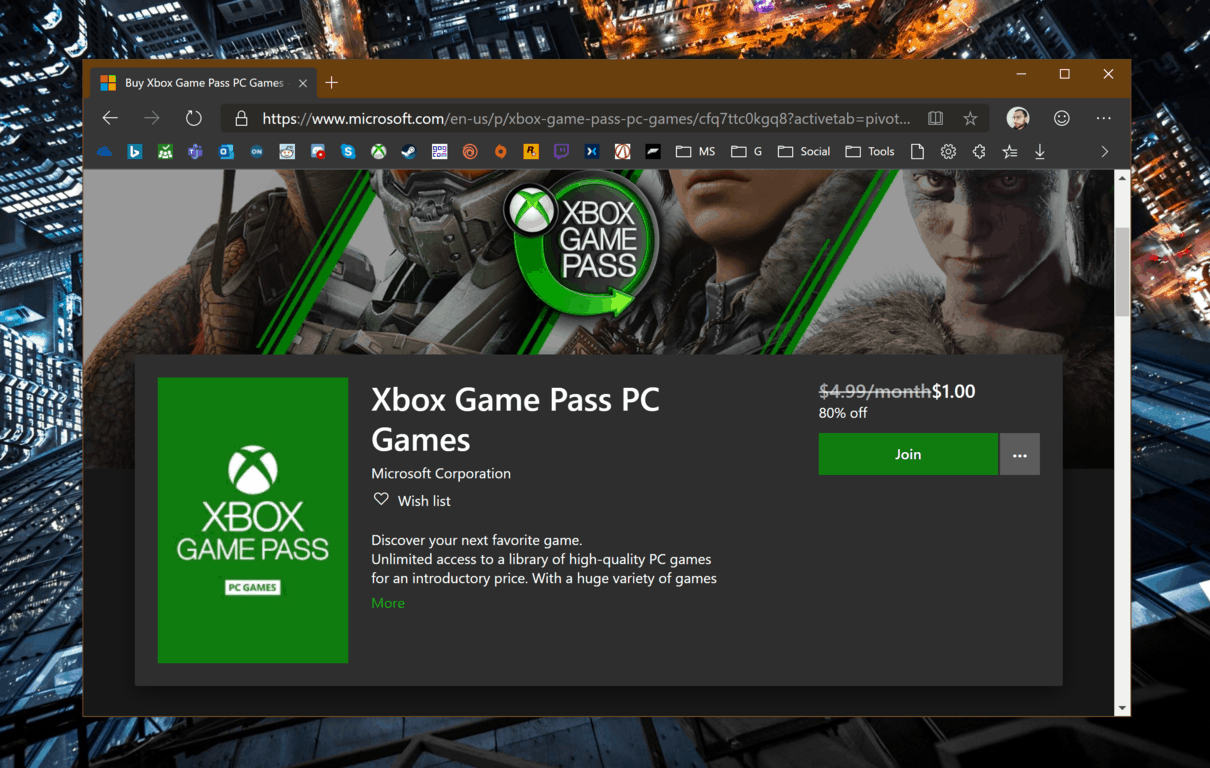 Microsoft is expanding the limits of its new Xbox Game Pass Ultimate subscription tier, jumping from the walled garden of the Xbox world a broader digital landscape.

According to a screenshot grabbed by mspoweruser from Reddit user u/timeinreddit, Microsoft loyalty members can transfer 12,000 of their earned points towards a single month of Xbox Game Pass Ultimate.

Microsoft is incorporating its loyalty program into its new push of Xbox Game Pass Ultimate subscription tier by enabling members to redeem earned points and put them towards months of XGPU usage.

Unfortunately, the push towards increasing its XGPU subscription numbers comes at a cost to all transferred credits for all of Microsoft's gaming subscription tiers.

Thanks to the new addition of XGPU, all credit transfers for various monthly redemptions have increased with the 3-months Xbox Live Gold subscription transfer going up from 15,000 points to 20,000 and Game Pass following a similar increase at 24,000 which is up from the previous 17,000 point total.

Here is more of the breakdown from u/xKeelar:

No, Gold and Game Pass were 6800 points for 1 month until they jacked up the prices today. Here are the old prices compared to the new:

As with most Microsoft rollouts, the changes to Microsoft Rewards regarding XGPU may only be limited to the US for the time being. There haven't been any indications that Microsoft has fully rolled out the changes internationally.

The latest Microsoft Edge Dev update is out, here's the changelog