Microsoft Research pulls in another award, this time the Marr prize for computer vision research

It’s almost been a whole week since someone at Microsoft won a big award for revolutionary research, and that’s just peculiar. Thankfully, Antonio Criminisi and his team have managed to win another award since then – and in the same field, no less. This award, the Marr prize, is something that’s awarded once every two years to those who make strides in the field of computer vision. Antonio Criminisi and his team have done just that, doing Microsoft proud by putting out a paper that questions the established conventions of the field and improves upon them. 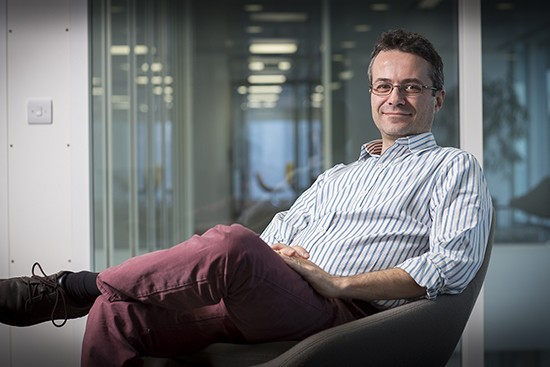 The paper in question, Deep Neural Decision Forests, came out in order to shake the foundations of research in the field of computer vision, which has recently been in something of a rut. Recently, researches in computer vision designed a system of image recognition that managed to use neural pathways – inspired by that of humans – that could help machines process information quickly and accurately, going so far as being able to ask the machine questions about an image and have them answer accurately.

With the success of that research taking the field by storm, many researches started getting a sort of tunnel vision, and stopped thinking more broadly about the state of computer vision as a field. The folks in Antonio Criminisi’s team, however, value diversity in their research, and decided to take another approach to try and improve upon the work being done with neural pathways.

The paper mixes the pre-existing knowledge of neural pathways with “random forests,” a set of decision trees used to solve problems. With this combination, Criminisi’s team was able to make the neural pathways much more efficient. Using this new research, they were able to revitalize the theories involving neural pathways in computer vision, and in so doing, revitalize the field as a whole.

According to Cristopher Bishop, Microsoft Research Cambridge’s laboratory director, the combination of advances in neural networks and precious research is quite significant:

Microsoft Research continues to make strides in moving technology forward. As always, we’ll try to keep you abreast of the company’s accomplishments in furthering important technologies like computer vision.