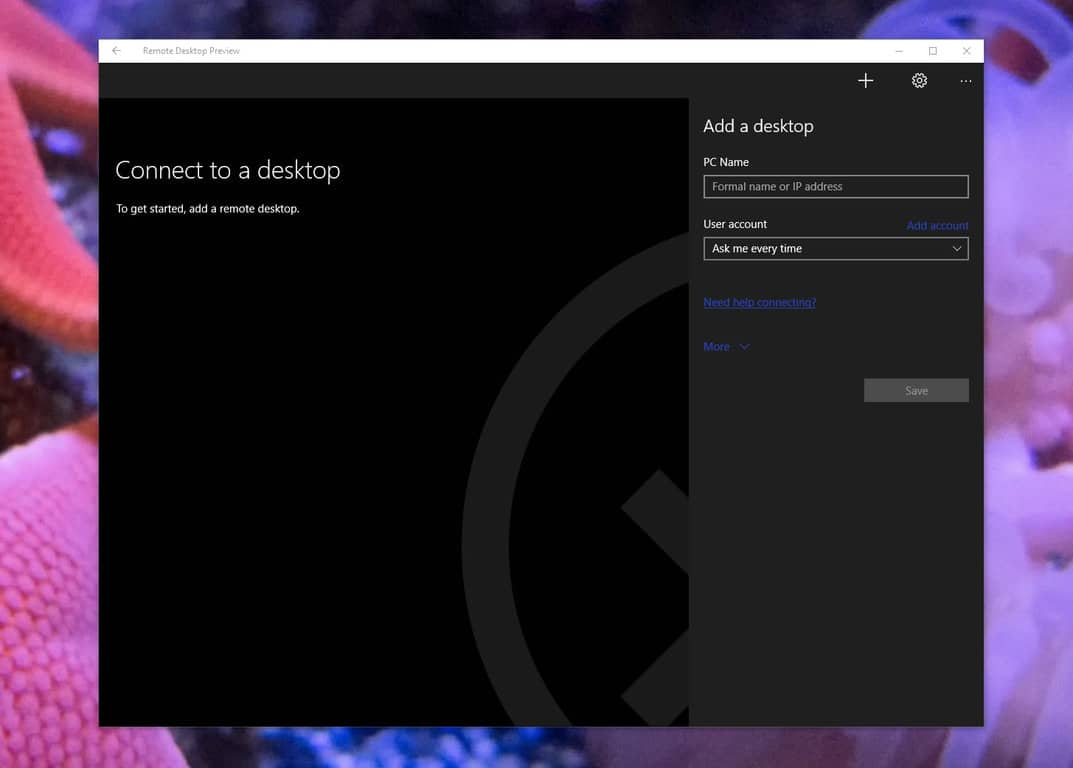 If you need to manage multiple desktops, you know that it can be tough keeping track of things. Thankfully, there’s a preview of an app out in the wild that should be able to help. The Microsoft Remote Desktop app for Windows 10 has had a preview out for several weeks, and it should be an effective component in the toolbox of anyone who uses multiple PCs.

On top of the ability to manage Windows PC’s, the application is available for use on Android, iOS, and Mac – effectively letting you run your office from anywhere, at any time. When you plug into one of your computers with the Microsoft Remote Desktop app, you’ll have full access to all of the machine’s applications, files, and network resources as if you were sitting right in front of the desktop.

This won’t be of much note to the average consumer, but it’s a fantastic tool for folks managing multiple PCs, such as IT professionals. The app is only in preview right now, but it seems like it could be fleshed out quite a bit in the future to become a truly robust program.